Spending The Day WIth Mark Rober | BETWEEN THE BUILDS

Ever wonder what a day messing around with Mark Rober would be like? Come let us show you. We had so much footage from our Giant Pin Toy video with Mark Rober that we put it all together in this Behind the Scenes video.

Hanging out at the Crunch Labs, Mark Rober’s engineering playground, was an amazing experience. The energetic and welcoming person you see online is exactly who mark is to his guests in the Crunch Labs. The space has everything a giant man-child would want in a workspace. There are creative meeting rooms, prototyping labs, huge work areas, organized tool storage, and plenty of space just meant to have fun.

It is also a museum containing his most popular projects. His hidden gallery has the evolution of the Glitter Bombs, his first viral project ever, and a host of custom robots. Upstairs, he has created a meeting space that is serenaded by his talking player piano and houses a hidden secret passage. Mark’s creativity and engineering prowess is ever present in the Crunch Labs and makes you want to pull out a soldering iron and make something amazing. 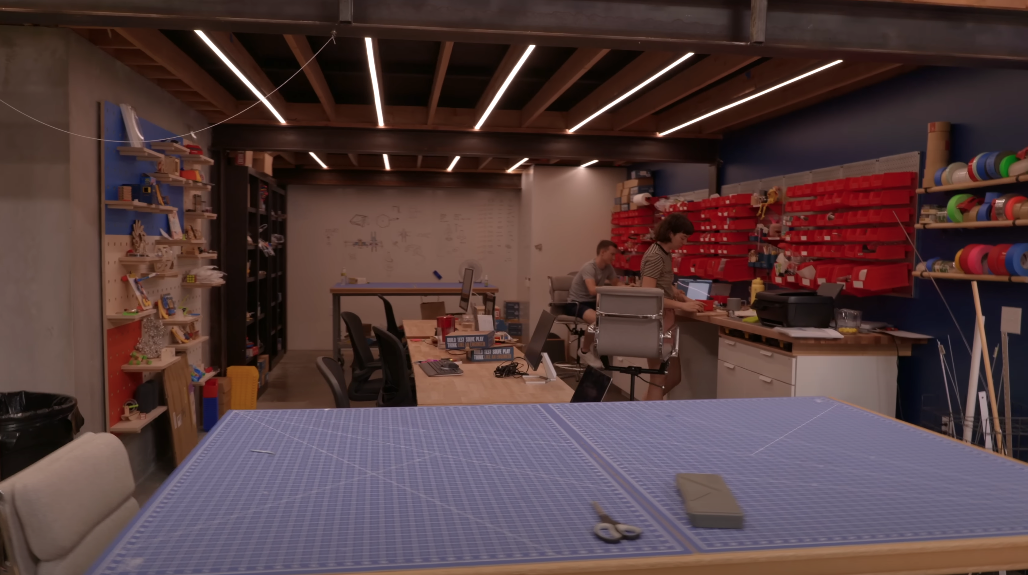 Furthering his man-child theme, Mark has an entire wall of Nerf blasters. While he does have a team of professional engineers, designers, and video producers, they’re always down for a Nerf battle. He’s even designed a repelling system using pneumatic chambers to lower someone from the upper balcony like an action hero.

Below the Nerf armory, is the habit-reinforcing bathroom. He has the toilet, the door, and the faucet all linked together with Arduinos to help the user form good hygienic habits. If you leave the seat up, the door won’t open. If you flush the toilet and don’t wash your hands, a warning light will alert the entire Lab that you are nasty and have peepee hands. 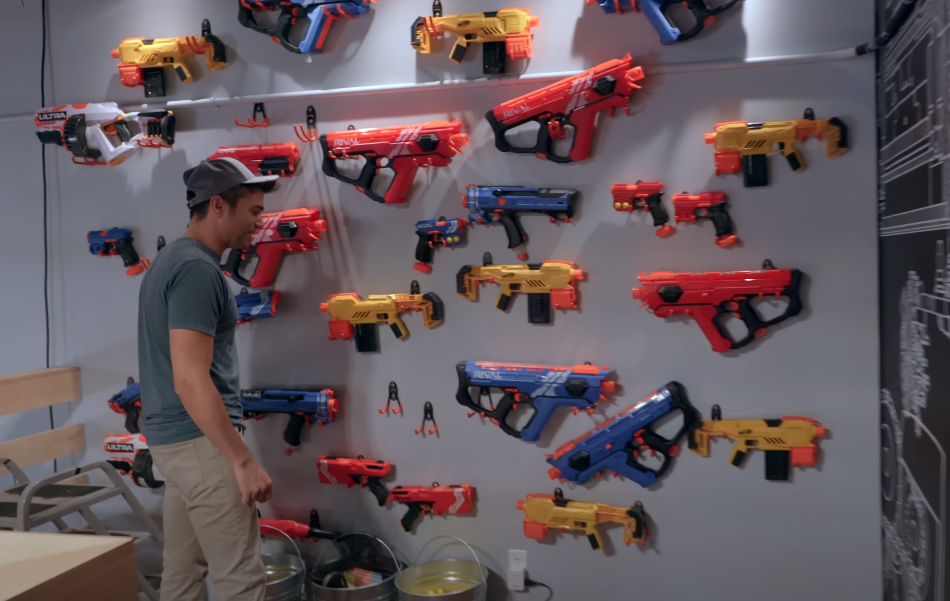 One of the most impressive features in the Crunch Labs is an acrylic case filled with $10,000 that hangs next to an elevated target. Mark has rebuilt a tennis ball shooter from the 90’s show American Gladiators. To win the $10,000, you must sign the Crunch Labs wall (after as many practice runs as you want) and shoot a ball into the target’s bullseye a basketball court’s length away. Bob almost nailed the bullseye on a practice run, but it wouldn’t have counted. Anthony’s signature shot was a heart-dropping 4 inches from the bullseye. 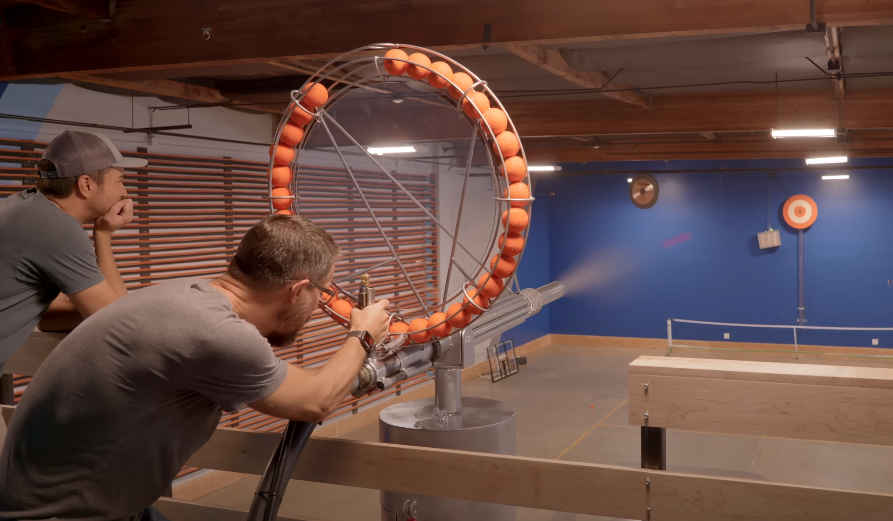 How Do You Visit the Crunch Labs?

If you are like my kids and want to drive to California to visit Mark, hold on. His shop is in a secret location that we had a hard time finding, even with the address. There is a way for you and your family to get an actual tour of the Crunch Labs. Mark has created a series of engineering-focused, monthly build boxes. In them, Mark teaches you or your children to make fun projects based on engineering concepts. Each month, he adds one special ticket that grants the lucky recipient a trip to the Crunch Labs. I believe there is a waitlist to sign up for the boxes this year, but we got an inside scoop on next year’s build box lineup, and you should sign up when you can. 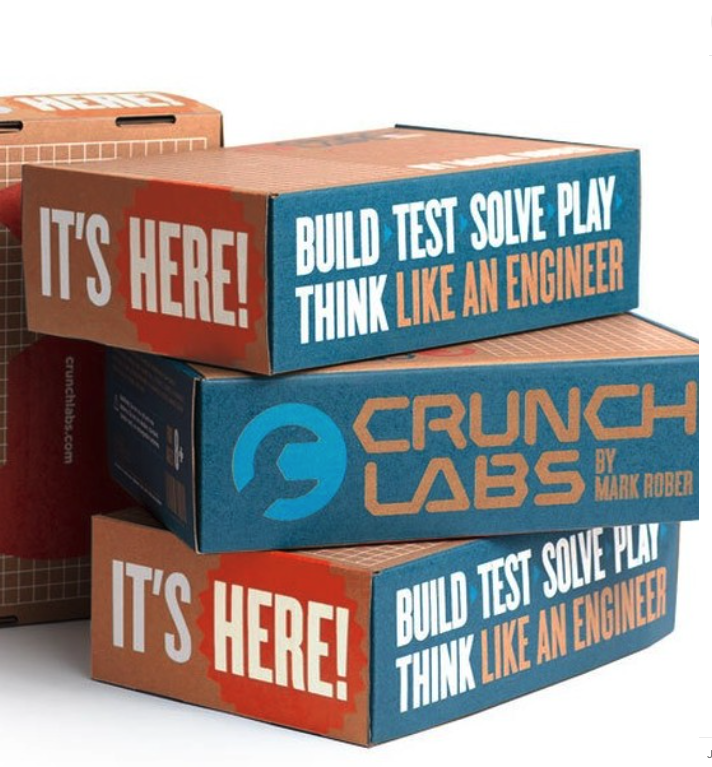