We created a custom Star Wars inspired entertainment center with the help of The Smuggler’s Room to house audio, video, and computer equipment.

The concept for this crazy project is pretty simple; I want to house my rack-mounted audio equipment, computer servers, and a tv in a cool way. I stumbled upon an art department photo of a Star Wars command bunker. In the photo, there are military-style displays and tough boxes with electronics components and display screens. I love this idea and want to make one of these for our office. The first step was to establish what I wanted to house inside the media console. Those items were a TV to preview videos, several rack-mounted equipment stacks, a power-backup, and some network attached storage servers.

Using Fusion 360, I came up with a plan to make a 3-part cabinet that will be assembled into one large Star Wars command console. I broke down some sheets of MDF and assembled them into the three parts. For this application, I used MDF because it is easier to create an even painting surface than plywood. Because of the angular shape of the console, it took a lot of small cuts to sneak up on the joining pieces. I didn’t want to leave any gaps so that there was less to fill with bondo later. Once the cabinet was built, gaps were filled, and paint was applied, it was time to move it into the office. 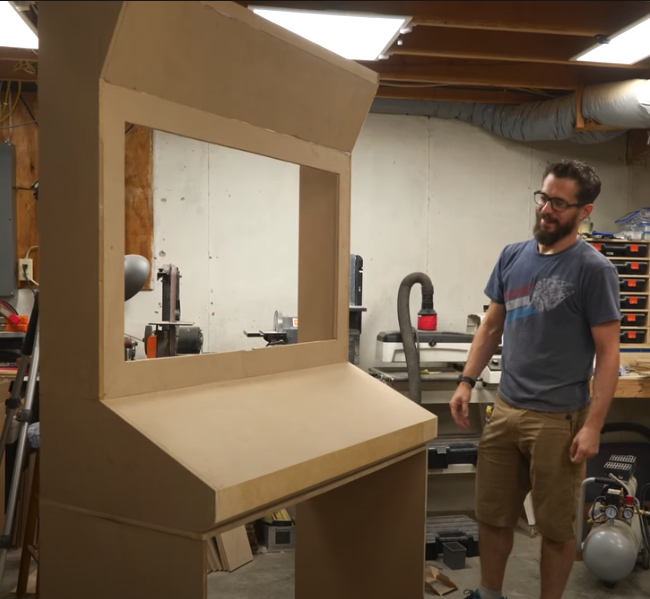 Now that the console is in place, I made a mount to hold the TV in place, centered inside the bezel that we made earlier. As the name suggests, the rack-mounted components had to be mounted on specialized racks. These vertical metal brackets have holes mounted at even spaces to fit standardized hardware. The bottom cabinet will house two stacks of components side-by-side. Josh used the CNC to cut some cool looking face frames to mimic the Star Wars aesthetic.

To complete the Star Wars motif, we reached out to our friend Brian at The Smuggler’s Room to help create some immersive paneling, something they are know for. He wanted to add some accent LED lights in those panels, so I added a power supply to the cabinet before those panels arrived from them. 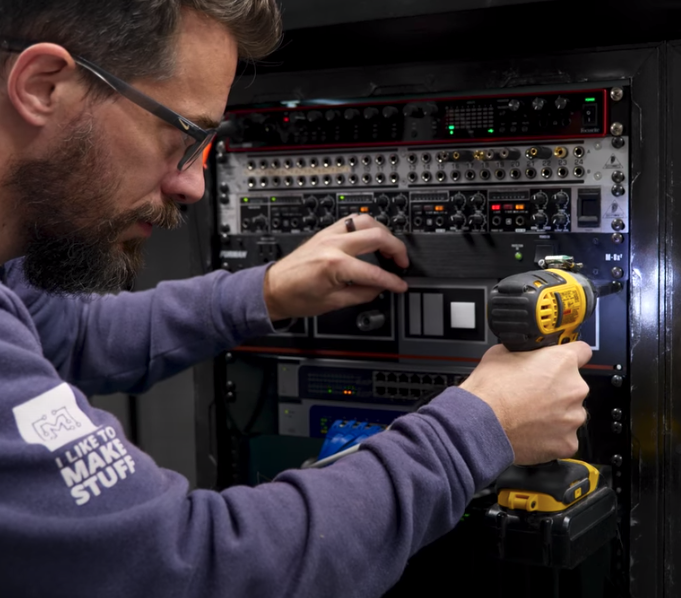 Now comes the amazing part, the transformative decorating process. To transform this media console from a black angular box into a Rebel command center straight out of a galaxy far, far away, it needs some specialized additions. In the prop making world there are ways to add futuristic or spacey details to a project. Adding subtle, random bits of electronics garbage in an interesting way is part of the fun. People use lids from orange juice bottles, bearings, spacers, and other not-so-obvious components layered together can help create the Star Wars look. Brain has made many of these “greebles” and has resin cast them for purchase. Besides adding those, Josh used Fusion 360’s McMaster-Carr plug-in to alter some industrial components and 3d print them.

These greebles mixed with some color-blocked panels and subtle distressing adds up to a really convincing Star Wars look. I added these panels, some laser-cut, LED-lit display screens, and other random vent panels to build out the console’s fullness. I had to force myself to stop decorating because you could easily overdo it. Once I wired up a push switch to turn the simple LEDs on and off, the cabinet was finished. 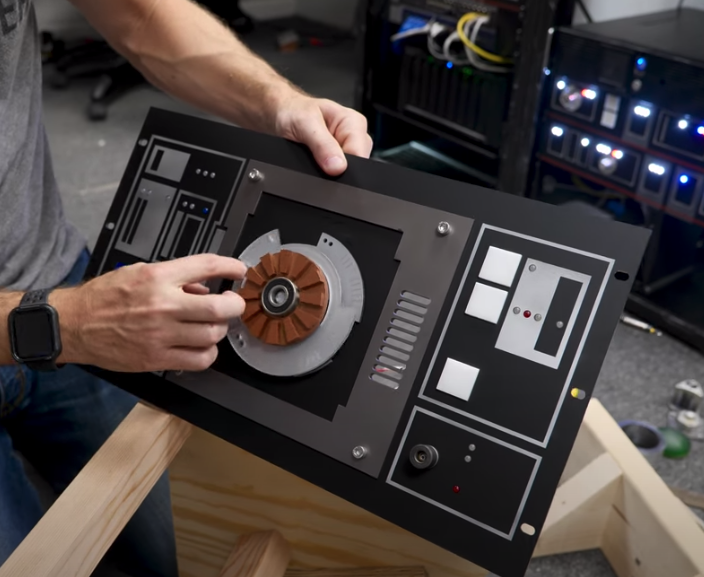 I absolutely love this project! Like most things I make, it started out pretty simple and ended up going wayy overboard in a really fun way. We needed more space for servers and to house a TV, that’s it. But rather than making yet another plywood entertainment center, I wanted to make a completely immersive piece of Star Wars set dressing. It was so great to work with Brian from The Smuggler’s Room, his work is amazing and really inspiring. Go check out the work he and his wife do on their YouTube channel. 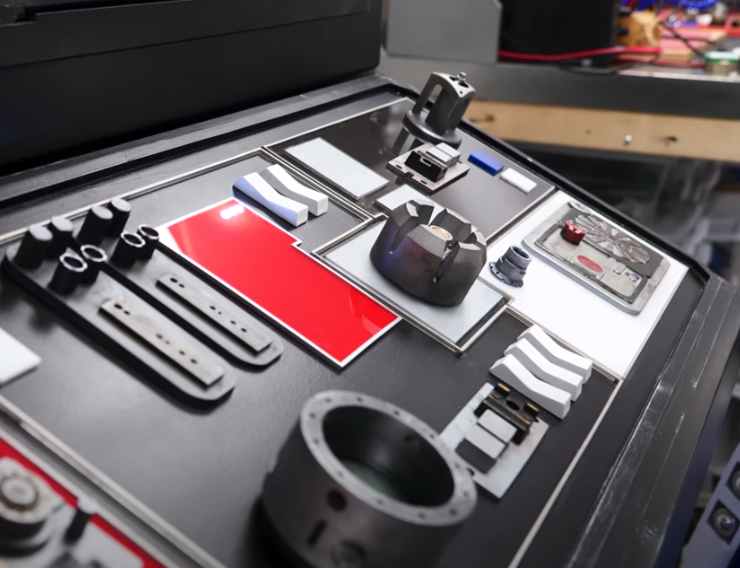