My Car Flipped Over!! (On Purpose)

The concept behind a car rotisserie is to separate the car’s body from its chassis. The Karmann Ghia’s body is mounted to the chassis with a bunch of bolts. Some are obvious and others are really hard to find. I found out later in the process, that there is some kind of adhesive that is also used to join the car together. The car rotisserie is not a unique project. A lot of people take parts you can find at Harbor Freight and use plans to make their own from a semi-standard concept. I wanted one specifically built for the Karmann Ghia, so I hopped in Fusion 360 and designed my own.

The mechanism works  in a two-stage jack system. The first stage attached to the body of the car at the internal bumper mounts and has a hand-crank lift system. The first stage lifts the body just enough to clear the engine so I can roll the chassis out from under it. Once the chassis is clear, I can lock that first-stage height with some large bolts. The second stage jack lifts the body higher off the ground so the body can fully rotate and not hit the ground. These two stages are welded together on a rolling assembly; one for the front of the car and one for the back. I plan on joining the two assemblies with a crossmember to add rigidity. Next, I have to start cutting metal. 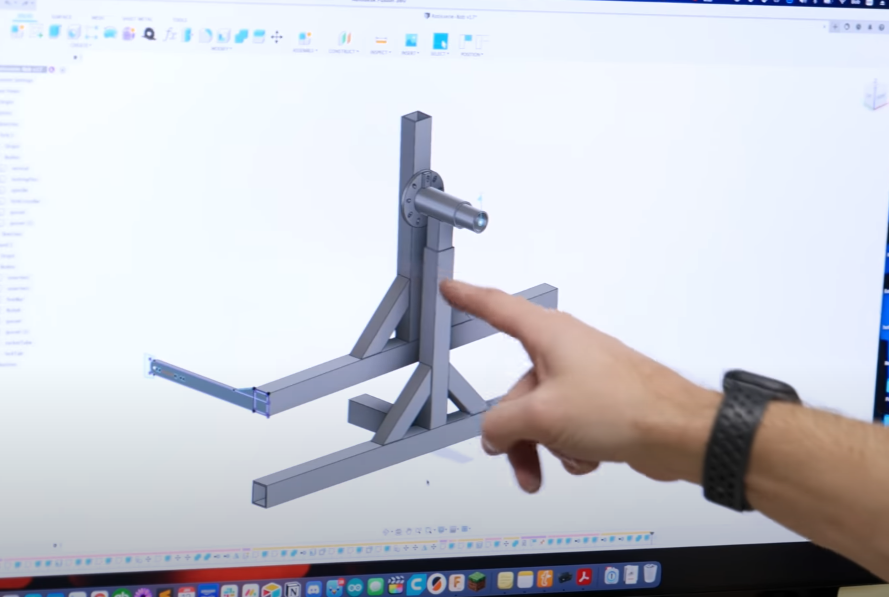 I designed the car rotisserie with 45-degree angles and lots of robust metal tubing. I cut and assembled the structures and used my Bridgeport mill to drill all the critical holes in the thick material. For the rotating plates, mounting forks, and locking joints, I reached out to a company called Send Cut Send. They take your part’s 2d designs and cut them out of  super thick metal. That service was crucial in this project because I couldn’t have made the specialty parts without their help. Once I welded up the two identical lifting assemblies, it was time to go out to the farm and prep the Karmann Ghia for the ride of it’s life. 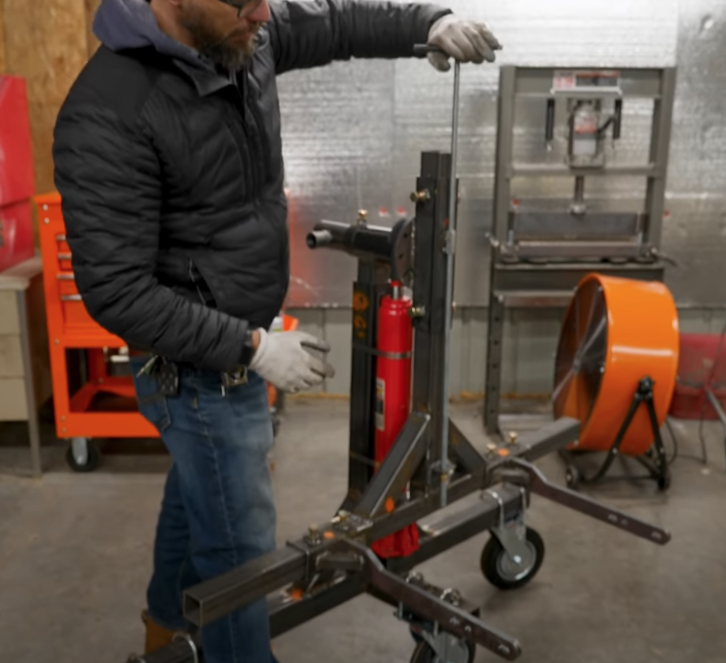 After attaching the lifting forks to the body attachment points, I welded them to the first-stage rotisserie arms. I checked the chassis mounting bolts several times to make sure they were all removed (they weren’t). At this point, there was no reason I couldn’t start lifting the body off the chassis. Of course I realized at this point that I had missed some crucial bolts and discovered the nasty adhesive. After some finesse and persuasion, the body separated from the chassis.

Josh, Anthony, and I began lifting the body with the first-stage jack. Once I was able to clear the engine, I slid the chassis out from under it using some wheeled platforms. The body, suspended a few feet off the ground was a scary sight.

Josh and I secured the first-stage and began lifting the body with the second-stage jack. I had calculated ahead of time in Fusion 360 the height to clear the ground and added through-holes to the assembly. Once we reached the rolling height, we bolted it safely in place. Wheww… This was the moment of truth. We slowly started rotating the Karmann Ghia body around in a controlled motion. It actually worked! We flipped the car to an almost 90-degree angle and bolted it in position using the Send Cut Send plates. I was relieved. 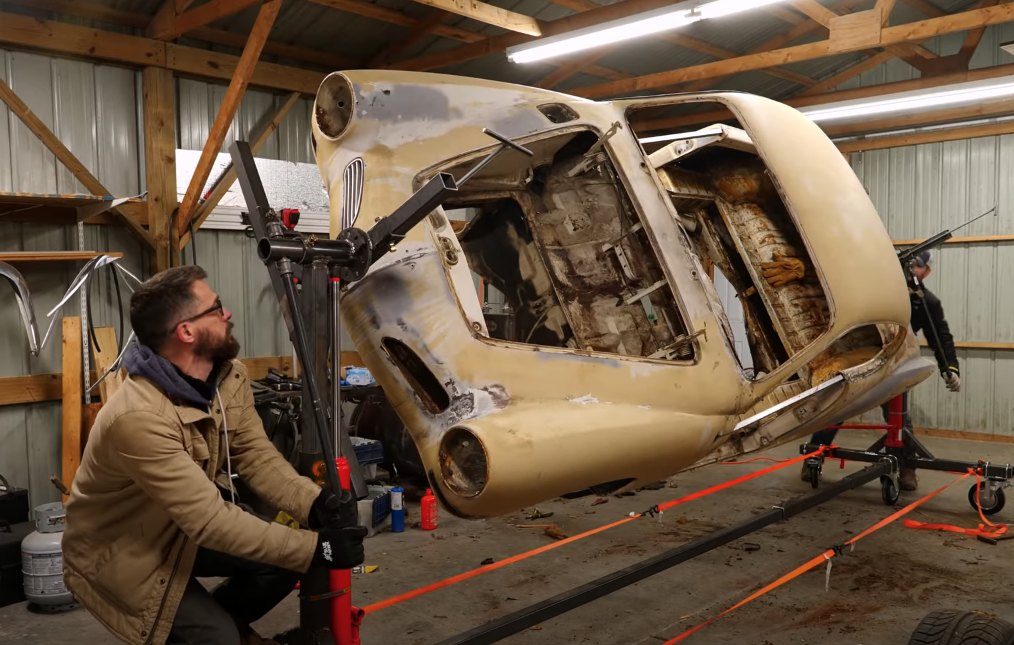 Full disclosure, I don’t have an engineering degree. I do have an inherent understanding of how things move and how they should come together. I used Fusion 360, a free design software, and concepts from other design to make this car rotisserie. Armed with a healthy level of skepticism and an overabundance of caution, I was able to make the thing I wanted to make. I say this to encourage you to identify a need in your life, do some research, and start making a solution. I was prepared all along the way to change my design or alter my plans. There were some small changes and alterations along the way, but for the most part it, the concept worked as I had planned. I am super motivated and happy that all of the skills I’ve accrued up to this point made a device that can flip a car over. That’s crazy and pretty awesome too.