I redesigned one of my Rolling Tool Carts to become a Model Making Station with trays for paints, new tools, and a taller design!

A while ago I made a Rolling Tool Cart that housed all of my leather working tools and accessories. I really liked the idea of isolating hobby-specific tools from the rest of my dirty shop. Making this tool cart mobile is really important because it can stand alone as a work platform. Recently, I’ve rekindled my love of model making, building, and painting and I think that tool cart form factor would work really well.

This model making tool cart will need some adjustments from the original plans in order to maximize functionality. First, I will make the cart taller so that it can be a stand-alone work station. Working without hunching over is really important after working with the original. Second,  I want to continue the dual-sided access that the original offered, but make some custom trays instead of more drawers. Lastly, I want there to be a pull out table top to add more work space to the top level. I cut down some plywood in the same manner as the original, but accounted for these updates. 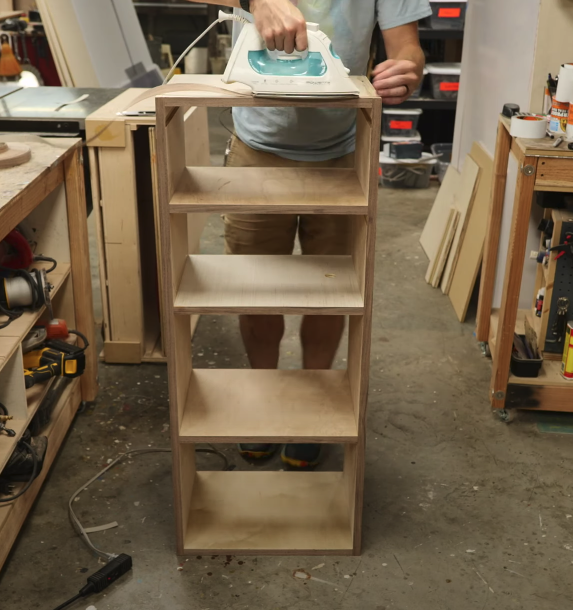 The dual-sided access that I created in the original rolling tool cart is really handy. The casters on the bottom allow you to move the cart around, and having the drawers open from both sides works perfectly. For this new model making station, I kept one of the drawers but added a shelf to house some portable trays. I have a lot of model paints. There are a few standardized sized of paint bottles so making a tray to house them all is pretty easy. I chose to draw out this repeating pattern using Fusion 360 and cut it out on the laser cutter. You could easily drill all of these holes, but I have access to the laser, which was much faster. I split the trays into 2 separate platforms so you could access them from either side and you could pull out just the grouping you needed. 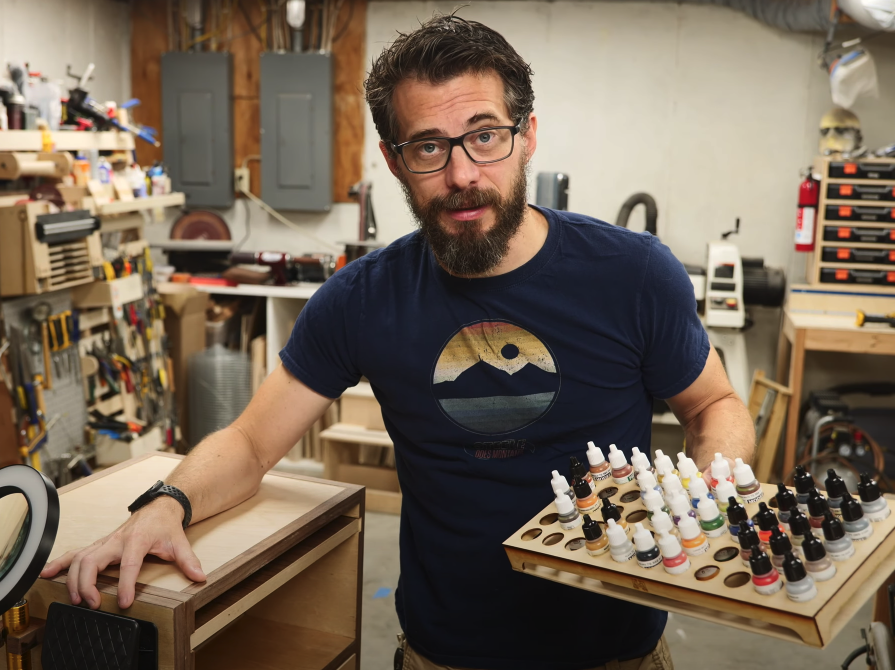 This cart will serve as a platform not only for model making, but for engraving and fine detail work as well. My friend Bobby Duke uses a rotary carver in a lot of videos and I’ve always been interested in that tool. The tool has a foot pedal, the carver, and the motor that needs a place to hang. Rather than just attaching the mounts to the side of the new cart, I added the pieces to a smaller piece of plywood that would attach to the side. This way, I could remove the tool hanger entirely without affecting the cart.

The custom hangers for each of the carver’s pieces were made from some thin scraps of walnut. I traced the tools’ profile onto the plywood board and used some CA glue to affix the wooden holders. Then I drilled some holes into the top edge of the plywood to accept a bent metal hanger for the motor and another to mount a magnifying glass. After attaching the new tool holder board, the updated Model Making Station was done. 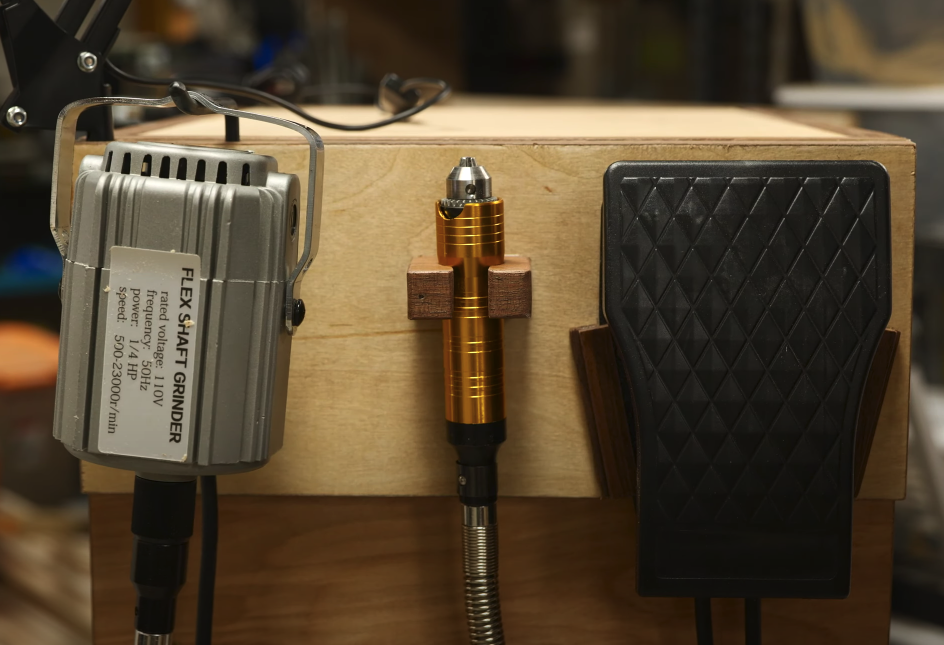 New Twist On An Existing Model

This project was centered on problem solving. It just so happens that I had previously solved a similar problem. I’m not one to waste time or reinvent the wheel, so rather than designing something from scratch, I just modified something I knew worked. Being a maker, I’ve had to fight the urge to focus on the problem at hand and ignore a possible solution that could be around me. This was a prime example of seeking inspiration from something you’ve seen and changing it to fit your needs. Don’t be afraid to seek inspiration, I’m not the first person to make a rolling cart, and I’m sure I won’t be the last.