We have a running gag, that you can be a Clamp Champ by using as many woodworking clamps as possible on a project. Turns out, there is a Masters of the Universe character named Clamp Champ and he has a massive crushing clamp weapon. I aim to replicate that ridiculous clamp using pneumatic actuators and plywood!

Clamp Champ’s weapon of choice is a massive, arm-mounted pincher that snaps out and retracts to clamp his enemies. The clamp is gigantic, even for his scale. In order to make one life-sized, I’ll have to scale it up comedically large and get a pneumatic actuator to make the claws snap in and out. I don’t have a lot of mechanical experience, but I was able to make a set of plywood clamps and mock up the snapping motion. I knew the throw of the pneumatic piston, so I had to figure out the placement of the pieces in order to get our desired result.

I arranged the components on a large sheet of plywood that would eventually become the clamp’s base. This way, I could draw out placement markers and start fixing elements in their final spots. The toy’s arms make a roundhouse motion when actuated so I had to make some pivot points to get the arm to bend backward. Later, Josh used Fusion 360 to model the toy’s claws and cut them out on the CNC to better match the originals. 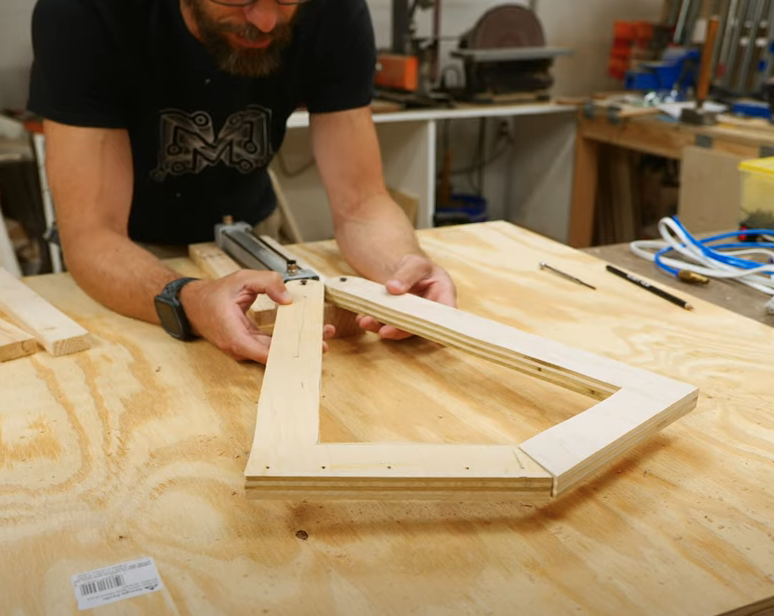 Now that the mechanism works when I manually move it, I had to connect the air and power to the system. Pneumatic actuators work by pumping air into the cylinder at different spots to make the piston move in and out. In order to direct the air where it need to go, I connected a pneumatic solenoid. This component directs a single source of air (our air compressor) to the correct spot when powered. I don’t want to be constantly plugging and un-plugging an extension cord, so I soldered on a simple rocker switch. The bottom of the huge clamp device would be a perfect place for this switch because I had to add the handle and arm strap.

Once connected to the compressor, I slowly added air to see the working mechanism. I added 50psi to the system to test it, and after hitting the rocker switch, the jaws snapped out violently and scared me! It totally worked! The pressure was fine and the the clamp help up to the forces just fine. We increased the pressure to 100psi and I was able to smash some small boxes we had, as well as some cans and oranges. It was bonkers. 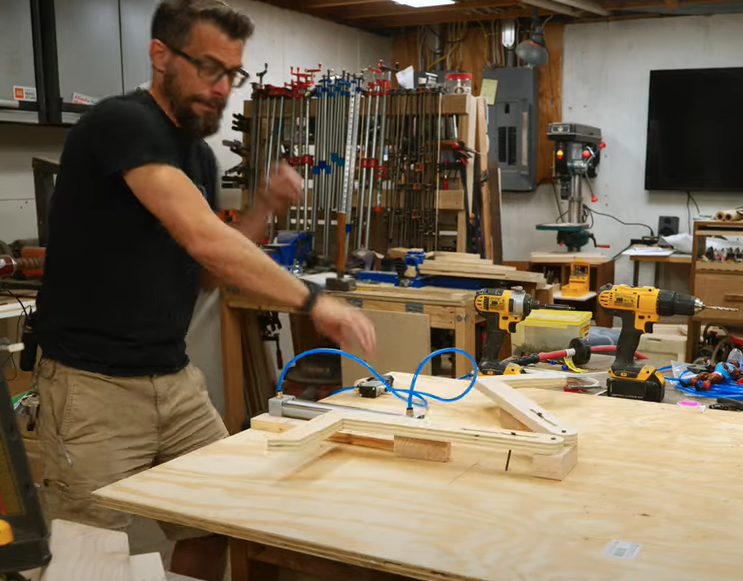 Now that I have this ridiculous working clamp champ weapon, it needs to look like the original toy. Using some EVA foam mats, I cut out and glued some decorative pieces to the top. After a mixture of foam, ping pong balls, PVC hoses, and tubing. I then sprayed the whole thing with some silver metallic paint. Watered-down black paint really helped weather the clamp and made some of the details pop. It was time to demonstrate the POWER of this real-life clamp champ weapon on some water bottles and other smash-able items. I hope you enjoyed this silly project and it gave you some inspiration to make a real-life version of a TV prop. 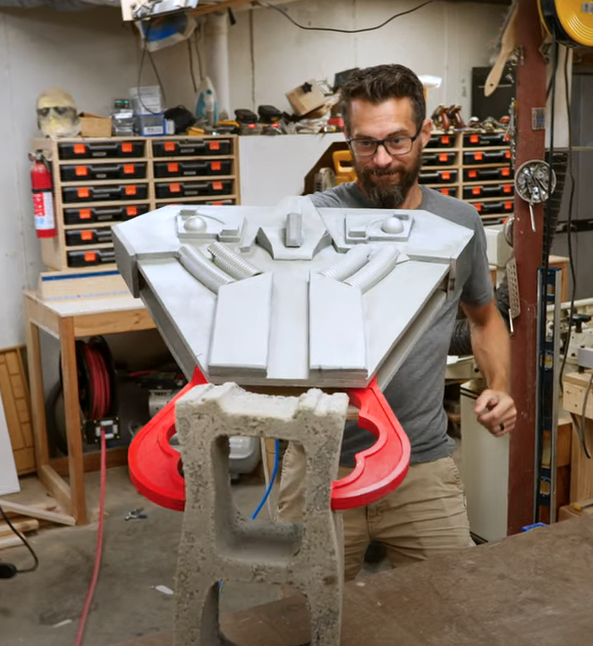