Not long ago, I forge my own machete out of a piece of steel and now I need a custom leather sheath to carry it around! With help from Weaver Leather, I’m making a sheath using paper templates and some of their helpful products.

This project starts with the machete and how I wanted to carry it. There are many possibilities when carrying such a tool. I know that I’ll be walking around the farm property and it’s quite dense with small trees and thorn bushes. One option was to place the machete across my chest and make a shoulder holster. Another option was to make a sheath that laid against my lower back in a horizontal position. I decided to make a drop-leg sheath but align it at an angle so that I could have free range of motion with my leg. Because the property is pretty hilly and thick with vegetation, I would be bending and moving in a way that would interfere with a straight-leg holster.

I hung the machete up against my belt in the angled orientation. Noting the position and how far it was from my belt, I transferred these rough measurements to a roll of paper. I traced the machete and because I had to account for the leather that would need to be stitched together, I added about a 1/2″ (1.25cm) offset to the outline. The angled belt loop was hand-drawn near the machete handle and I accounted for the extra material that would need to fold over to wrap around my belt.

I didn’t have to draw two separate templates, because I could fold the leather over onto itself for one of the sides. Essentially a pocket, the folded edge would act as one of the sides not needing to be stitched. Armed with the master template, I transferred it to the leather hide I had and prepared to cut it out. 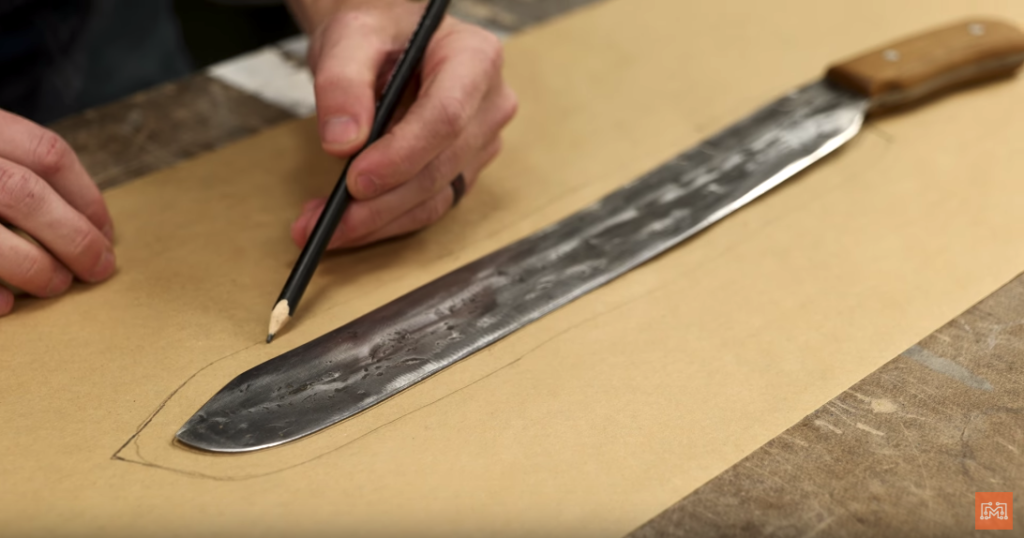 Using a sharp blade, I cut the leather along the template markings. It was fun to think in 3 dimensions while drawing and cutting in 2 dimensions. I don’t make a lot of patterns but I was able to see how this flat piece of leather would be folded together to make something awesome. Before I glued or stitched the sheath together, I wanted to dye the specific areas certain colors. I used Weaver’s leather dyes to add some color to the outside of the sheath, as well as some black color to the belt loop section. 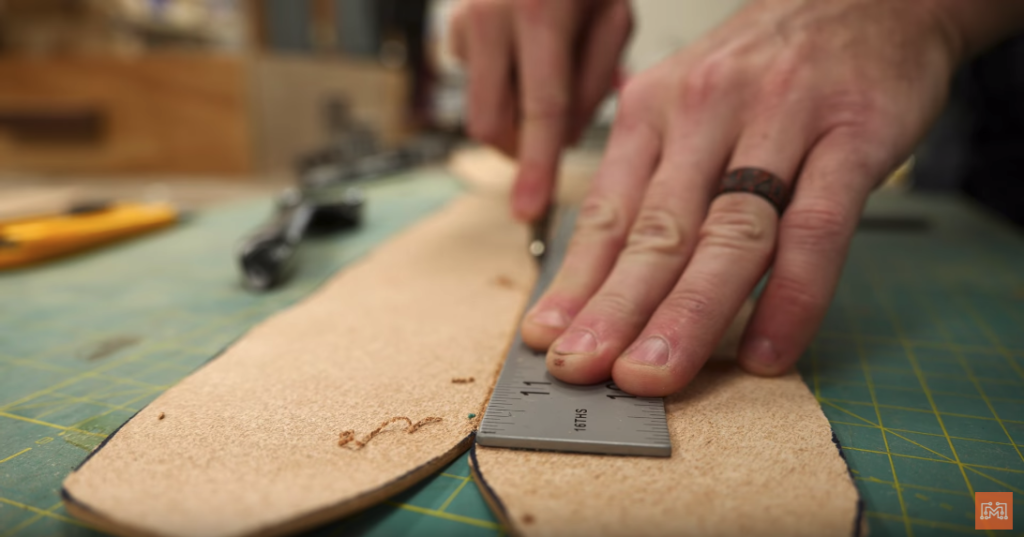 To help the leather achieve a tight fit around the machete, I soaked it in water and clamped it around the blade. I made sure to wrap the blade in a protective layer beforehand so it didn’t rust. Now that the sheath had a stiff shape, it was time to move on. Once dried, I could just glue and stitch the sheath together, but I had an idea to add some extra capabilities to this machete holster.

I figured that I would need to carry more than just the machete if I were out bushwhacking. The blade was eventually going to dull and need sharpening, I may hurt myself, and I may want to make a small fire. The sheath’s flat face offered space to add some pockets for those items. I found a small sharpening stone and some thin fire-starting rods that would fit perfectly on the sheath. Most first-aide fits or pressure dressings were too big to fit natively on the sheath, so I’ll have to carry them separately.

Just like the blade, I wanted to mold the leather pockets around the individual items to give them a snug fit. I wet some scrap leather squares and pressed them over the sharpening stone and fire starters. To clamp the leather in place while it dried, I made some rectangular clamps out of plywood that matched the shapes of the items. This process worked really well and the leather pocket forms were ready to be dyed, glued, and stitched to the face of the sheath. 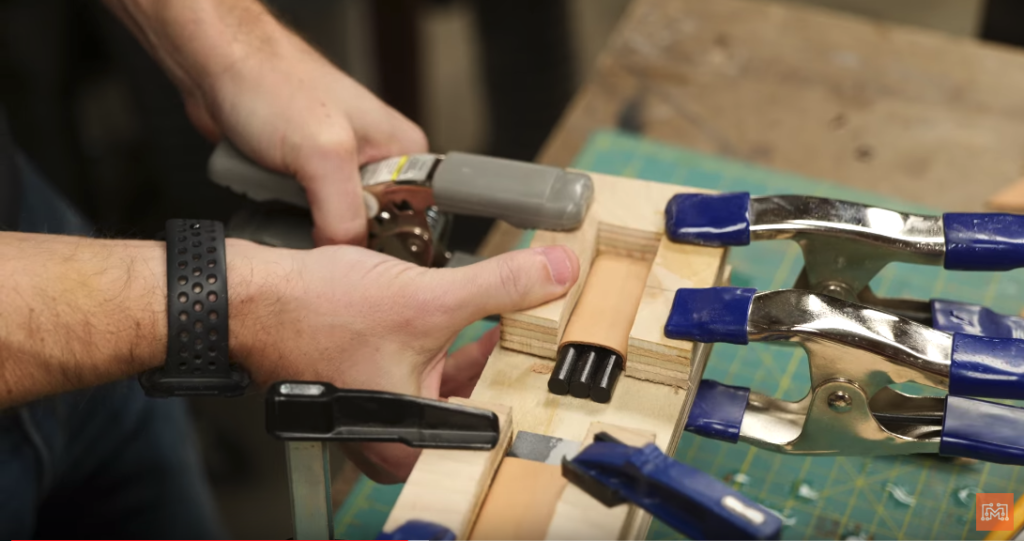 At this point in the process, the sheath was dyed and the pockets were finished. It was now time to fold the sheath onto itself, glue the two halves together and add a hand stitch. I first outlined the actual machete with a pencil inside the open sheath. This way, I knew where to apply the Barge contact cement so it didn’t touch the blade when inserted. Making sure the contact cement was dried, I folded the leather over and the two sides were permanently attached. At this point the two folded edges didn’t perfectly match up, buts that’s totally fine. I used the stitch groover to add an offset line from the outer edge. This groove let me know where to punch the stitch holes using the chisels. 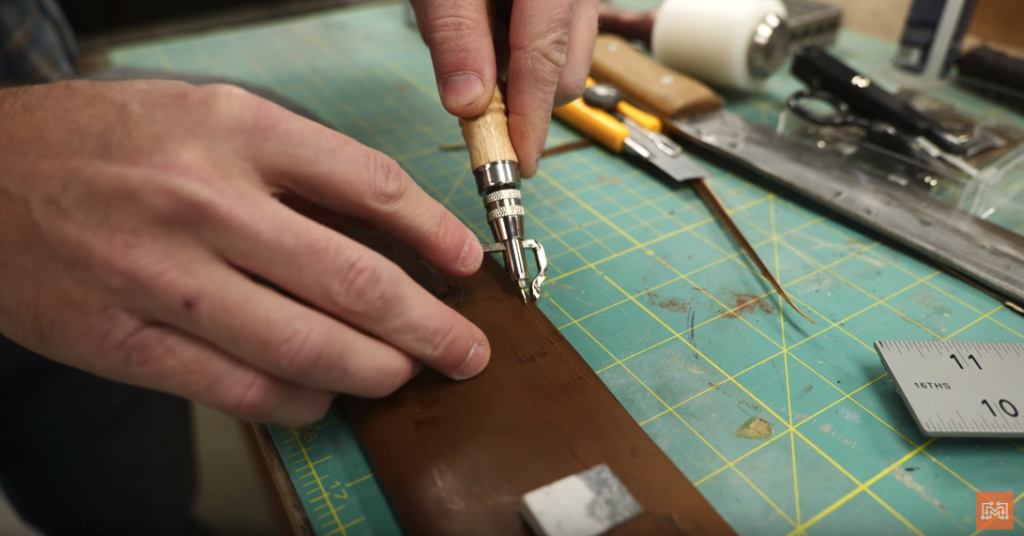 I could have used the manual sewing machine to add the stitch along the edge groove, but I wanted to try hand-stitching. Mounting the sheath in the stitching pony, I could clamp the leather in place and use a thick needle and thread to add a saddle stitch along the edge. I made sure to hide the knots on the inside the sheath and secured them in place using some CA glue. 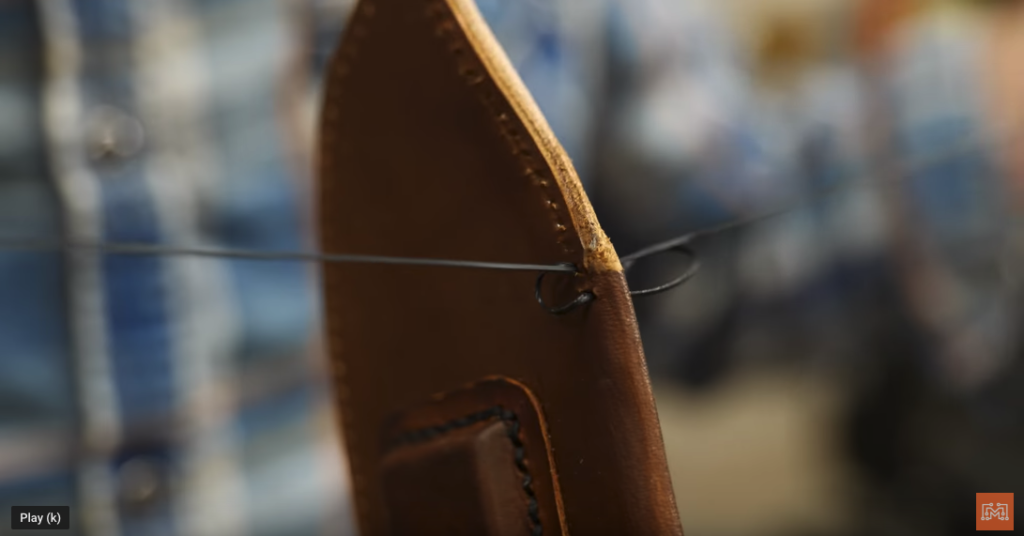 The last part of this project was to add some snaps to the belt loop section. I could have simply stitched the flap over onto itself so that it was a secured loop. Doing this would require me to take my belt off and feed it through the leather loop. Instead of that path, I wanted to add two snaps to the leather so I could more easily attach the machete. I marked out where the snaps should go and used a leather punch to make the right sized holes on the flap end.

There are some manual snap riveting kits, but Weaver sent me their super easy snap & rivet tool, the Little Wonder. Once the snaps were in place on the flap, I folded it over and marked the location for the snap catch. Again using the Little Wonder, I finished the snaps on the sheath side and the whole thing was done! 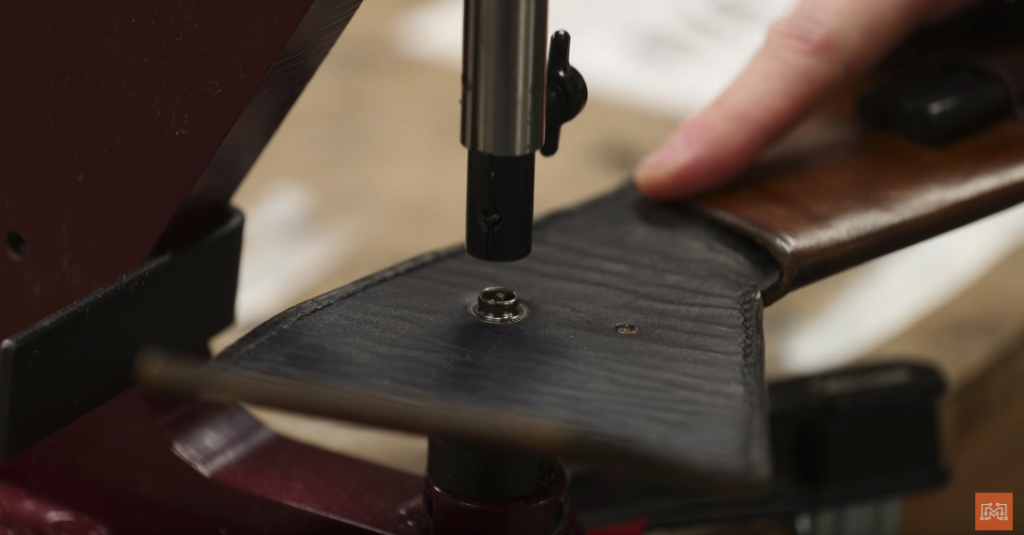 I was a bit intimidated to tackle this project. As you know, I’m just getting into leather working. This leather sheath was a gradual step to increasing my comfort and skill levels using leather. I have been using the sheath out at the farm and I’m really glad I went with this design. It’s really satisfying to know that the amount of forethought you put into a design actually translated to real life. This project opened me up to the possibilities of leather working projects.

If you’re intimidated by a new skill, I highly encourage you to take small steps. The pride you get with each little victory boosts your confidence and allows you to take on larger, more complicated projects. Have fun and go get started! 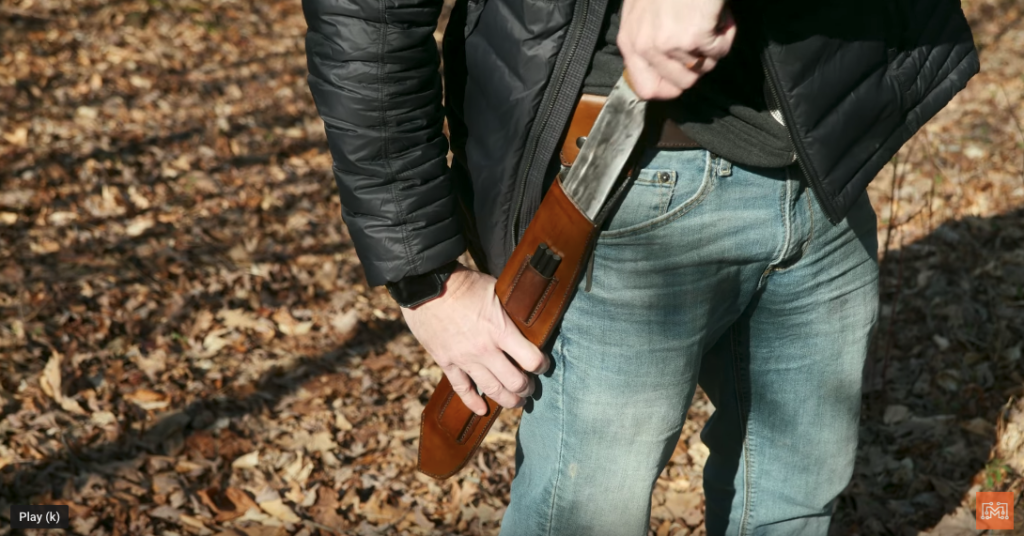