Is This Rust Bucket My Dream Car?

I have always wanted a Volkswagon Karmann Ghia when I was younger. It was the coolest looking car and I recently found one for sale! It is a piece of junk and I don’t know how to restore it, but I’m going to try my hardest to bring it back to life!

Ever since I was a teenager, I wanted to have a Volkswagon Karmann Ghia. It’s a poor-man’s James Bond car and I loved it. As I grew older, I had to be responsible with my money, so having a dream car wasn’t feasible. But, at this moment in life, I am ready to commit to getting my dream car! So I did what anyone wanting an old car on a budget does, I checked Craigslist and Facebook Marketplace. I’m lucky that the car I’m after is not super rare, Volkswagon made a tons of them. And also luckily, parts for this car and its sister, the Beetle, are pretty inexpensive.

I found a rusty-looking yellow 1970 Karmann Ghia at a good price and had the owner deliver it. Yes, it was rusty with a flat tire and an anti-freeze jug for a gas tank, but it was here! I was overjoyed and intimidated by all the work to do. I have never restored a car and don’t have a lot of automotive knowledge, so this project will be a stretch. 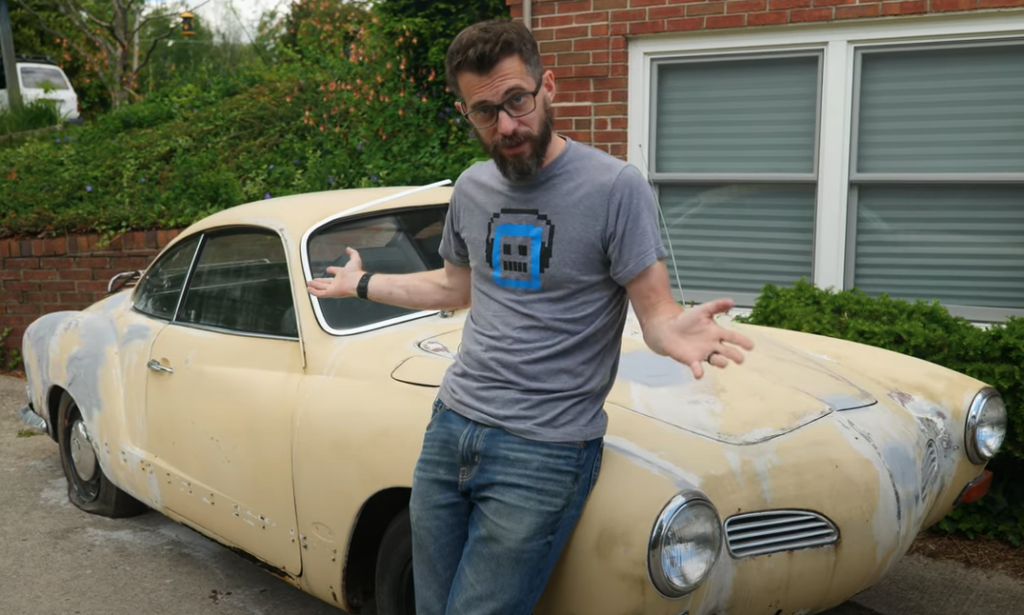 If at all possible, you should do a thorough inspection of a car you plan on purchasing, new or old. In this case, I was assured by the previous owner that it ran (not really) and the rust just on the surface (it wasn’t). When it showed up, I could see that there were rust spot that went all the way through some panels. The Karmann Ghia is a unibody car meaning the frame and the body are one piece in many places. Some of the rust will need to be cut out and patch welded. As for the surface rust, I took an angle grinder and a scouring disc and got to work. Once the clean, bare metal was visible, I covered the exposed area with primer. In locations other than the body, it may be easier to just order a replacement part. Like I previously mentioned, parts for this car are pretty cheap. 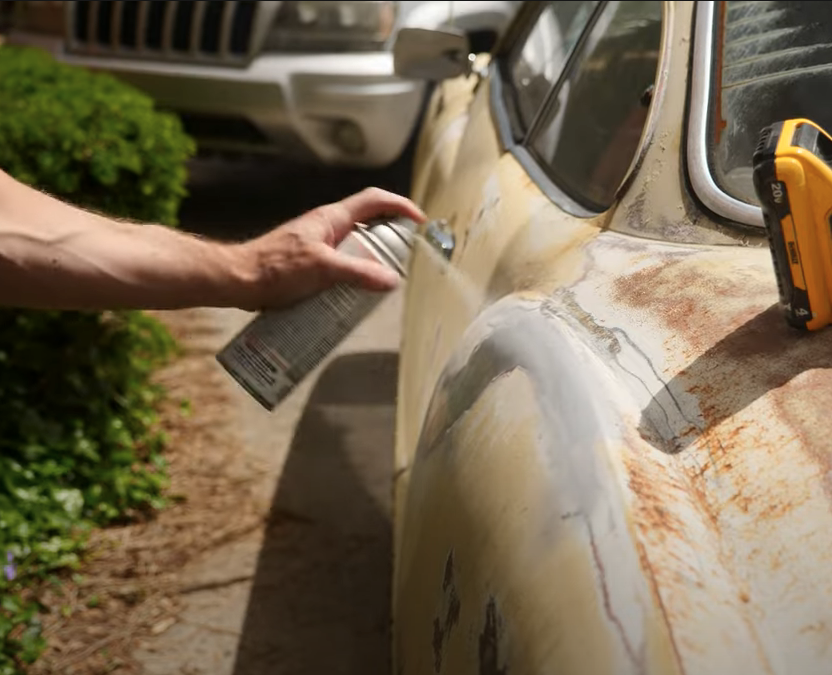 There are varying opinions about where to put your emphasis when attempting a restoration. I wanted to stop rust first because I wasn’t sure when I would start the project. I also had to plug some leaks to keep the rain out. As I mentioned, the owner said that the car did run. When I opened the engine compartment, I saw the fuel hose drawing from an old anti-freeze container, the car didn’t start, and the brakes didn’t work. I guessed that the battery in the car may have been sitting around for a long time and lost its charge. After I replaced the battery, I could hear the car wanting to start. I change the oil and the gas, and sprayed some carburetor cleaner and it puttered to life! However, it sounded terrible and loud. So I set out to replace the after-market singer exhaust with an actual muffler system so I didn’t annoy my neighbors. 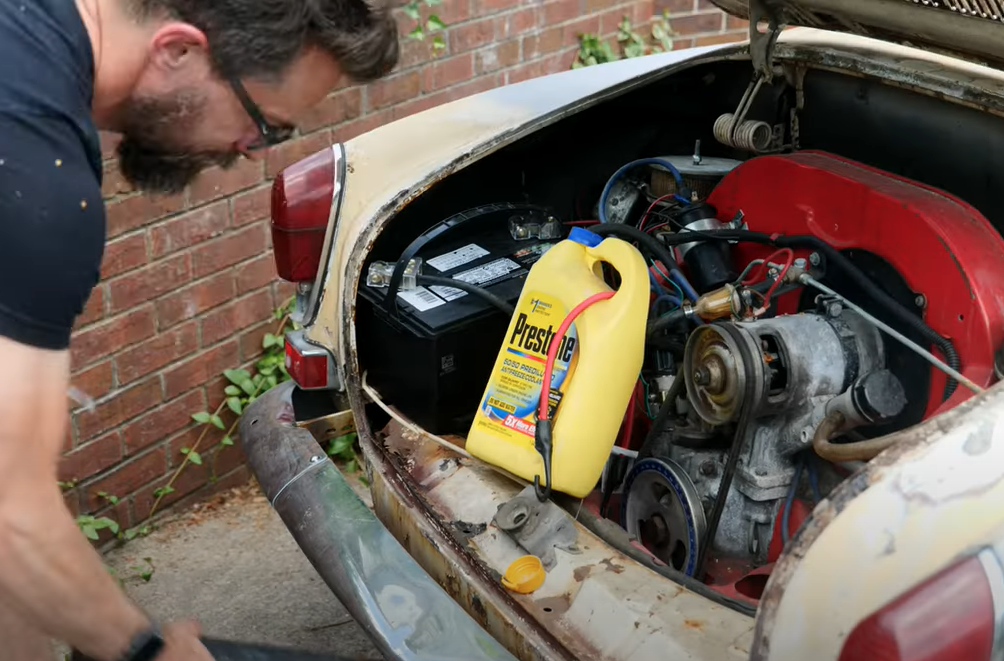 I know I haven’t yet finished R2-D2 (i’m almost done) or the kitchen renovation (also almost done), but I’m. super excited to have my dream car in my driveway! I can customize it, fix it, and paint it to fit my needs. I’m super happy that I found this junky rust bucket and that I am confident in my own abilities to figure out how to solve all of its hidden problems. I will totally need your help along the way. So, if you’ve restored cars in the past, shoot me some tips on social media @iliketomakestuff. 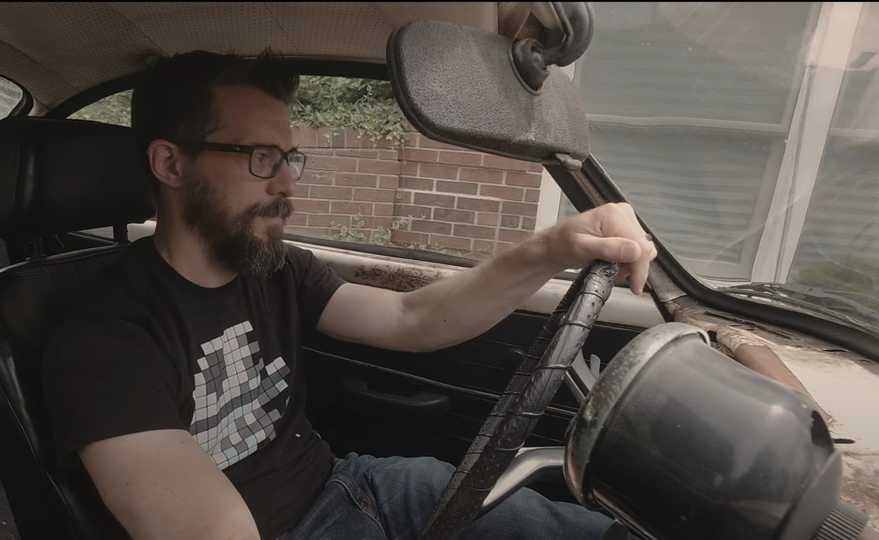