How to Make the Darksaber from Star Wars Rebels

Many of you know that I love Star Wars, but one of my favorite series has been Star Wars Rebels. This animated series along with the Clone Wars saga has introduced many new items to the Star Wars universe. One of the coolest things they’ve added is the legendary Darksaber, a lightsaber with a black blade coveted by many. In this project, we’ll show you haw to make a cool version of your own.

For those familiar with lightsabers, most of them are cylindrical. The Darksaber is rectangular with slightly rounded edges. You could easily model and 3d print the hilt, but because of its easy-to-replicate shape, I decided to use some basswood that I had. Before I looked at any screen shots, I cut the wooden hilt to a size that felt right. The guard was similarly angular and I cut and glue that together so that it slid onto the hilt snuggly. I marked the lines for the engraved details and scored them into the wood using some files. 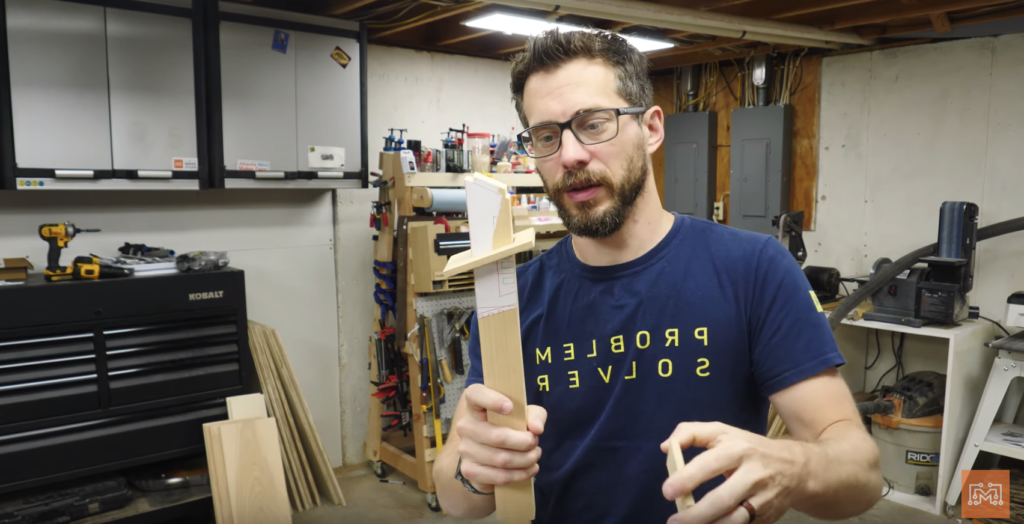 2. Route Out the Battery Compartment

To hog out the space for the batteries, the switch, and the blade, I used a router to create a pocket inside the hilt. With this space completed, I can install the guard and the battery cover that will be held in place using magnets. With the hilt structurally complete, it is time to cut the pieces of acrylic for the blade. 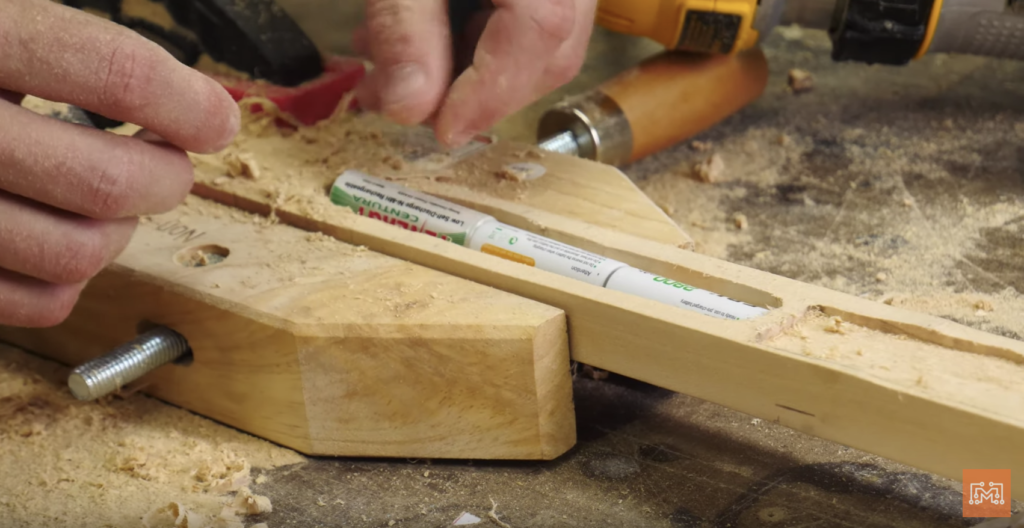 The Darksaber is, well dark, but it has a very predominant white edge glow. To achieve this affect, I used a sheet of clear acrylic as the center layer and sandwich it with pieces of black acrylic. So that the blade will glow nice and bright, I routed out the center of the clear blade to make room for the LED strip to run up the entire length. I used a combination of table saw and band saw to give the clear sheet the unusual lightsaber its shape. The blade’s tang fit snuggly down into the wooden hilt and it started to look amazing! 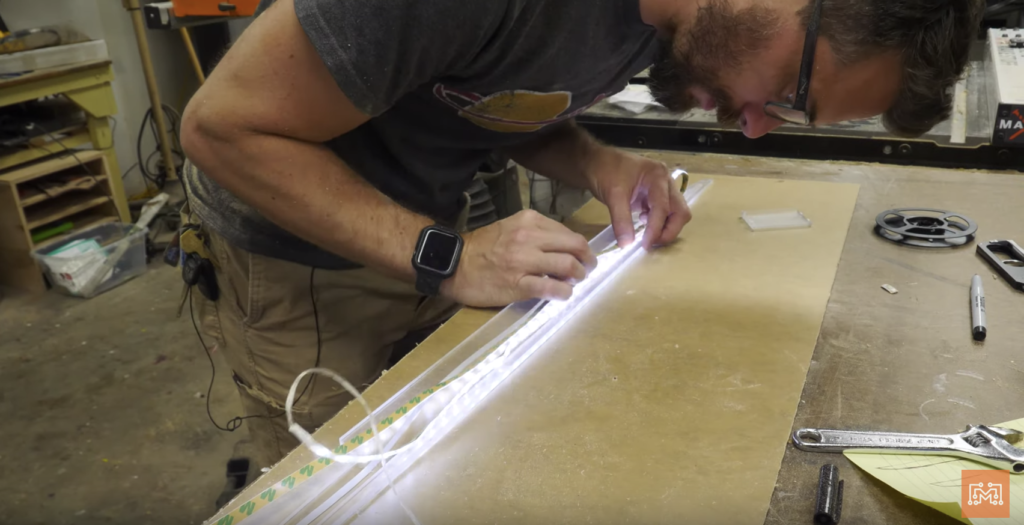 After laying in the LED strips, I used some acrylic solvent to adhere the black scales to the sides of the clear blade. The opaque black acrylic will block the light from most of the blade, but the clear center will shine the light out toward the edges, giving the saber that cool affect.  To finish out the blade, I took the layered assembly over to the belt sander and ground in a bevel for the front and back. This ensured that the clear center layer would protrude out farther than the black layers and give us a consistent edge glow. 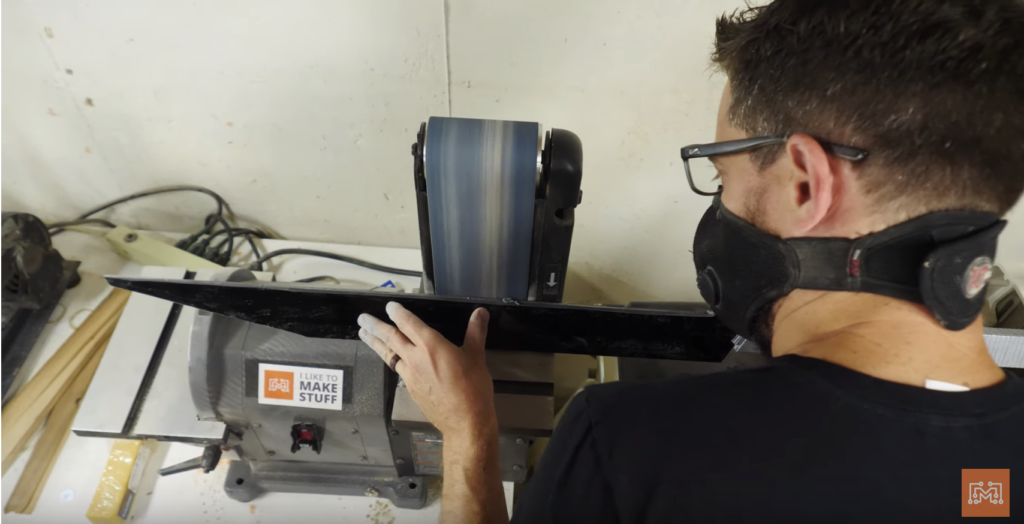 Now that the hilt is made, carved, and accepts the blade, it is ready to be painted. In the shows, the hilt has a metallic appearance, so I painted it using some shiny silver paint. To make it look like a battle-hardened weapon, I weathered the hilt using some diluted darker paint brushed into the detailed areas. After the paint dried, I assembled the whole thing, added some fresh batteries, and the Darksaber was complete! 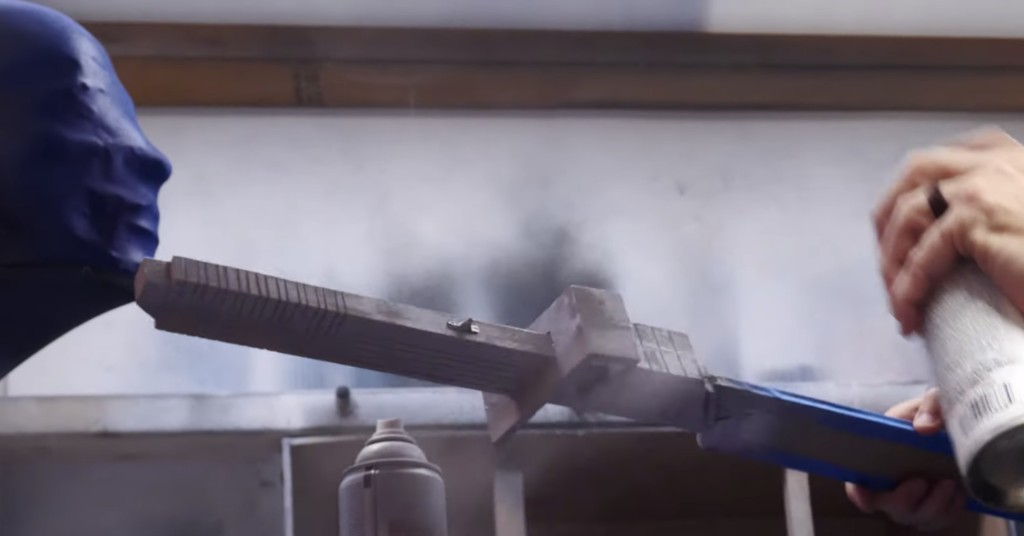 You Can Replicate You Favorite Props Too!

This Darksaber project goes to show that you don’t have to have access to electronic tools like 3d printers and CNC machines to recreate your favorite items from movies and tv shows. Using materials like wood, mdf, foam mats, and acrylic sheets allows you to creatively make amazing items and painting them afterward really adds the detail. We encourage you to pick something that speaks to you and start cutting some inexpensive materials. You can do it! 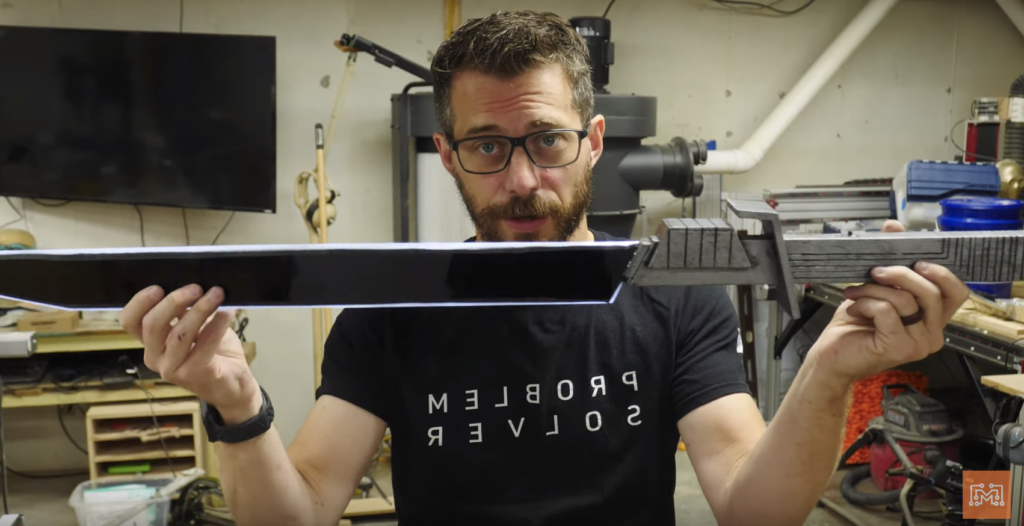