How to Make a Fold Away Bike Rack

Since we’ve moved to our new house, I haven’t tackled the issue of organizing all of our bikes in our garage. I made a carport solution a few years ago, but now it’s time to make a fold away bike rack that we can keep in the garage.

The concept behind the bike rack is that I want to capture the front wheel in between two vertical walls on the sides, and in between to studs on the front and back. This trough-like design won’t be the same for all of our 6 bikes. My kids’ bikes have a smaller wheel diameter and the tires are skinnier than the adult bikes. You have to measure the wheel you are hoping to capture and adjust the spacing of the trough to effectively hold the wheel vertically. 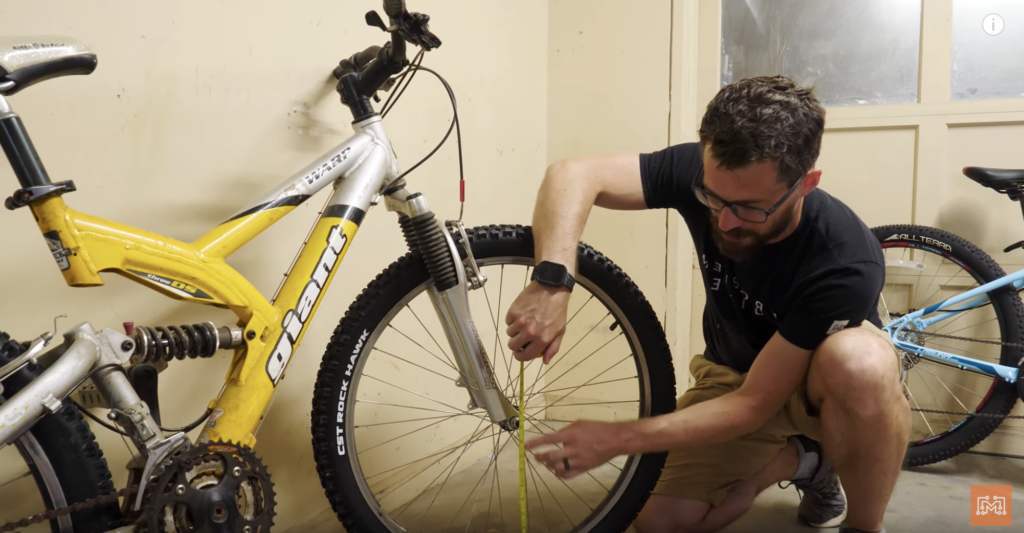 Like I mentioned previously, The wheel will be captive inside of a wooden trough. To make these, I used the dimensions from the earlier step and cut down some scrap plywood for the different bike sizes. Cutting some scrap 2×4, I made some spacers to match the width of the bikes’ tires. I now had the troughs that will hold the front tires, but I had to make a way for them to swing from side to side and to fold upward to get out of the way when not in use. 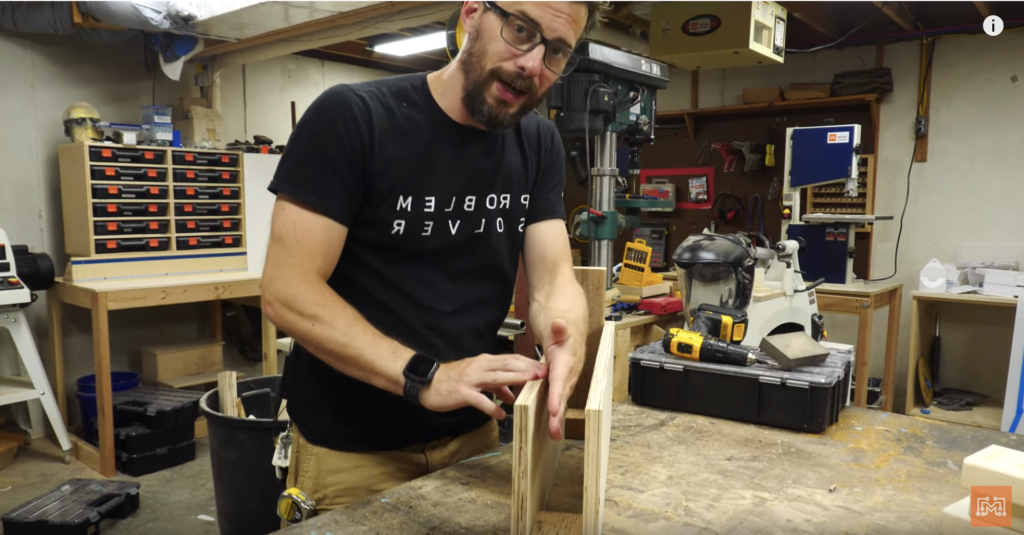 To attach the wheel holding troughs to the future wall frame,  I wanted to use a pivot point made from a simple bolt. The trough needed to fold upward toward a vertical support that could also swing side to side. This side to side motion will allow the bike to fold into a herringbone arrangement instead of having to jut out into the center of the garage. 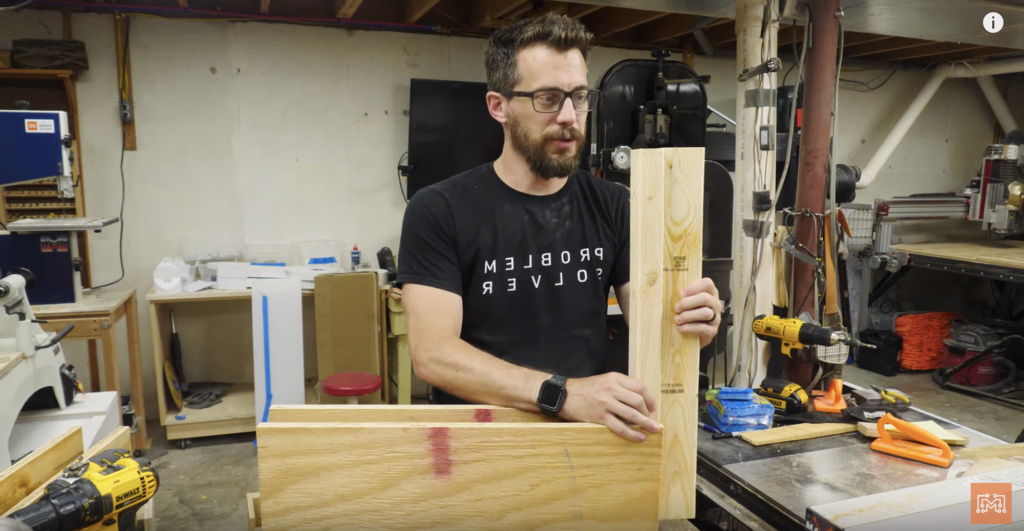 I mounted each wheel holding trough to its own vertical support with a bolt and a nylon washer so that I could tighten them together, but not too tight so that they could still move. Those vertical supports are going to mount to some rounded pieces of 2×4 that I will, in thew next step, connect to the wall frame. 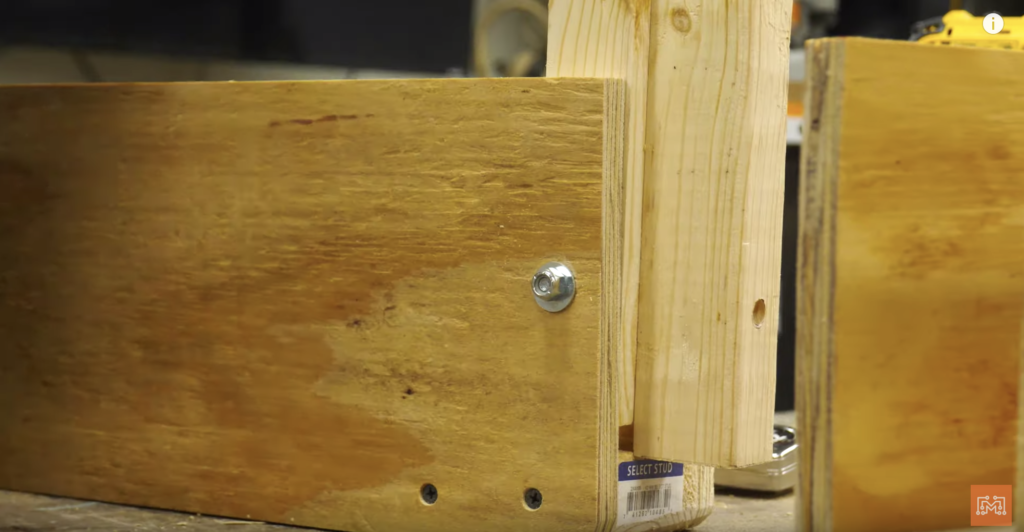 4. Mount the Frame to the Wall

When I say frame, I mean two parallel 2x4s that will act as the upper and lower swing points for the wheel through’s vertical supports. As I alluded to earlier, those two frame pieces needed to have the rounded pivot points added to them. I decided to inset these pivot blocks into the 2×4 wall frame by cutting out notches and gluing them in place and reinforcing them all with screws. 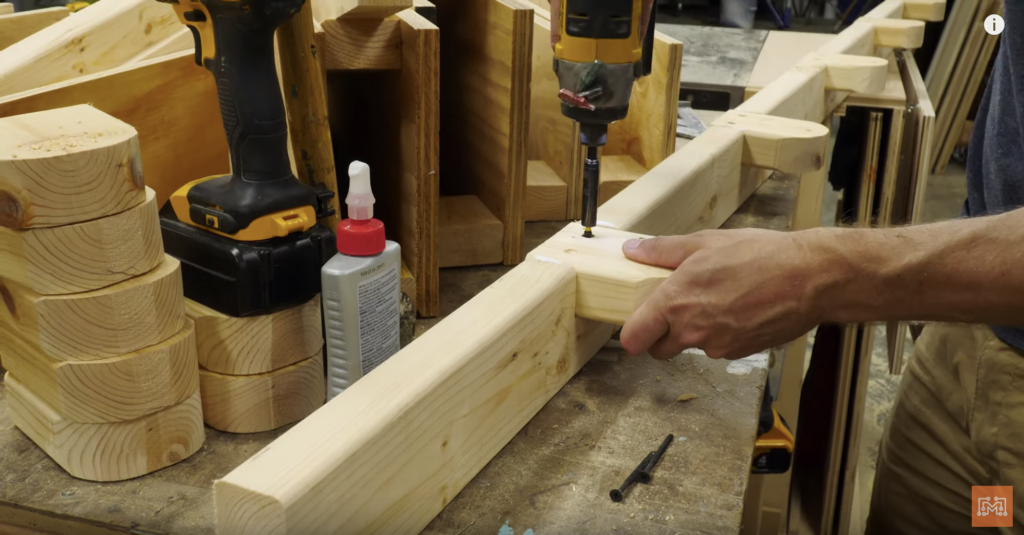 Now that the pivoting blocks are in place, I attached the entire assembly together. This was easiest to do with everything laying on its side. The wheel troughs and supports were screwed to the upper and lower wall frames using screws but with a washer added between the two pieces. This spacer allowed the vertical supports to swivel side to side while adding enough friction with the screw to have the right amount of resistance. Once each bike slot was screwed to the upper and lower frame, I stood the whole thing up against the wall and screwed it to the wall studs. 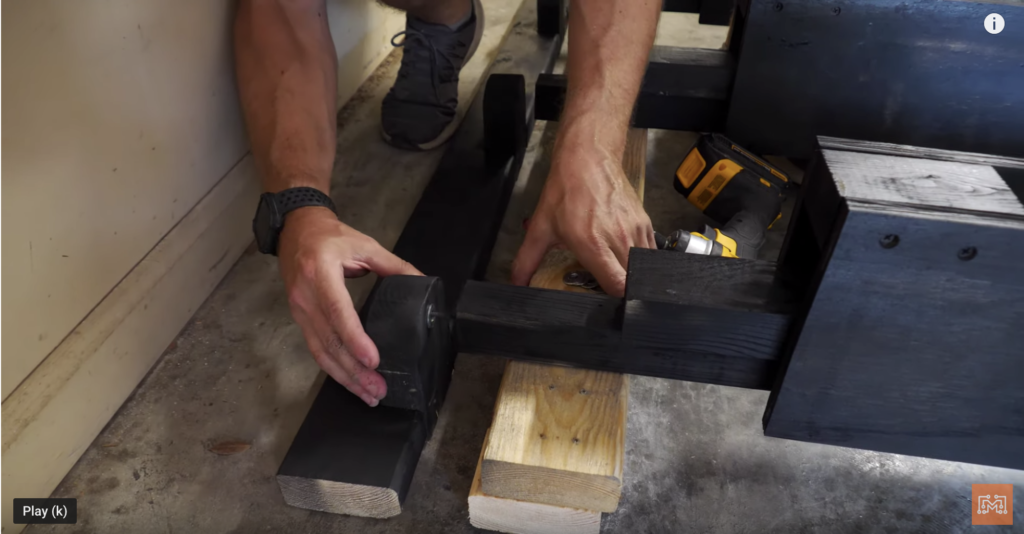 I was really happy with how the bike stalls worked. The troughs folded up to nicely and they pivoted well with the bikes parked in place. I was able to park all of the bikes lined up next to each other and swivel them at an angle really easily. To finish off the rack, I painted the whole thing black to hide the different pieces of scrap wood that I used and to give it a layer of cohesiveness. 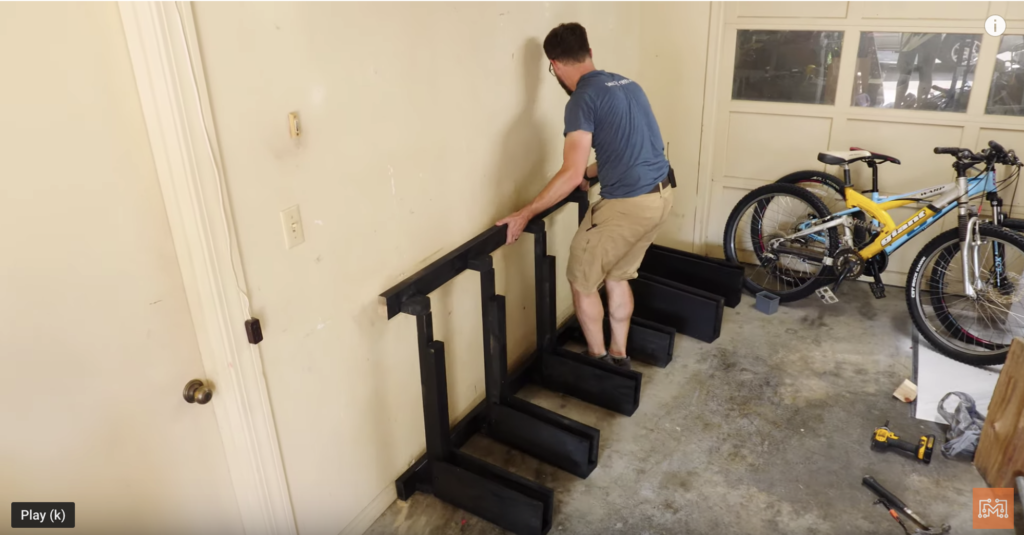 Last item to add was a sheet of standard pegboard. I love pegboard. The kids often leave their helmets laying around and I can never seem to find the tire pump, so this pegboard lets me mount hangers and brackets to the wall so everyone can hang up their helmets and we can organize the area even better. 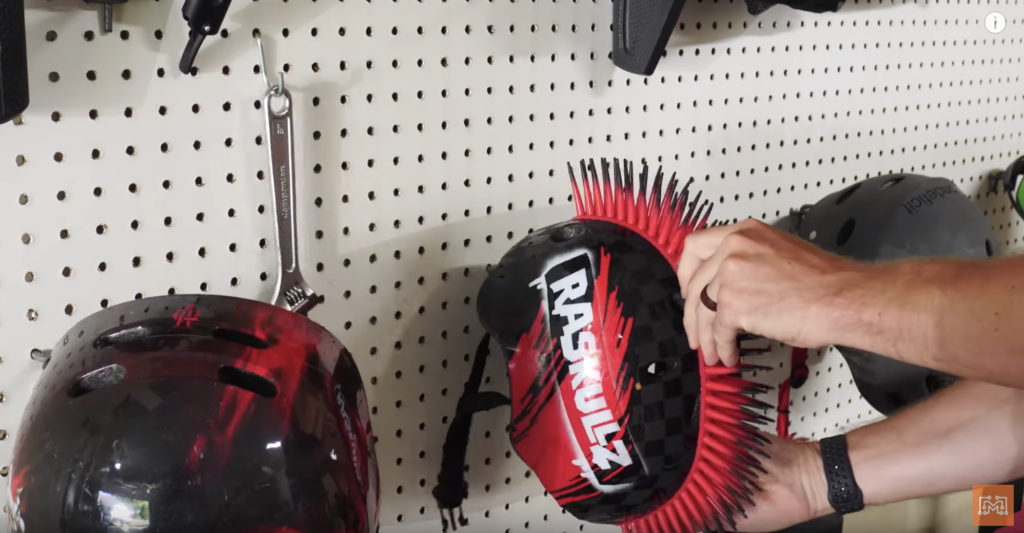 I’m sure you have an area in your house that is in need so some organization. Chances are, you may be putting it off just like I was. Coming up with a solution based solely on that lack of organization can really empower you. I no longer have to trip over my kids’ bikes, the garage is cleaner and more usable, and it gives us all a sense of responsibility to put our stuff where it obviously belongs. It feels really good to make small, but impactful changes in your day-to-day life, let this project be your motivation to make it happen! 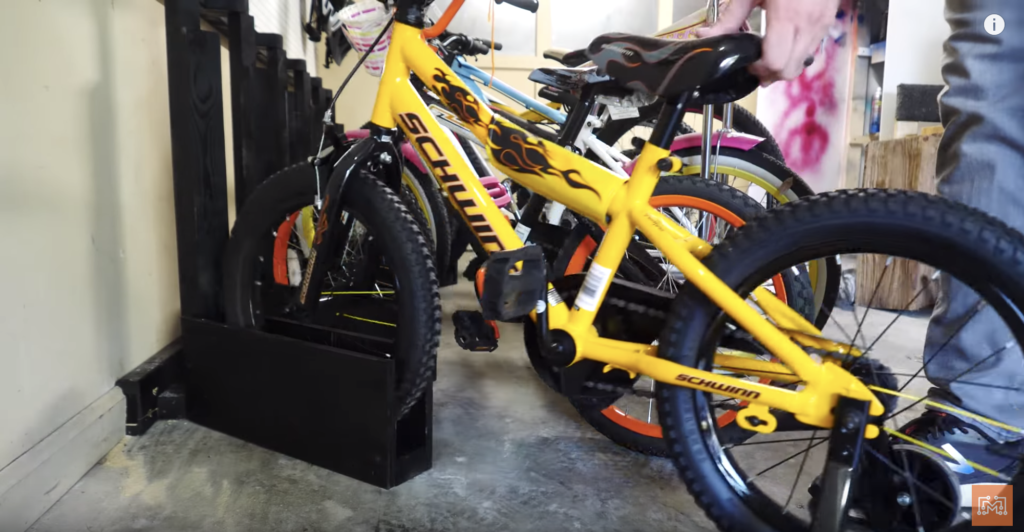