How to Make a Concrete Birdbath

I’ve always wanted to try concrete, cement, or mortar in a project, so I’m making a concrete birdbath that looks like a pokeball from Pokemon.

In order to get the shape we want in concrete, or mortar mix in this case, we have to make a negative mold of the shape. Because of the spherical shape of the pokeball, Josh made a 3d model of the bird bath with a shallow spherical shape. To achieve this rounded bowl inside of the bird bath, we are going to take that 3d model and use the CNC to carve it out of MDF. 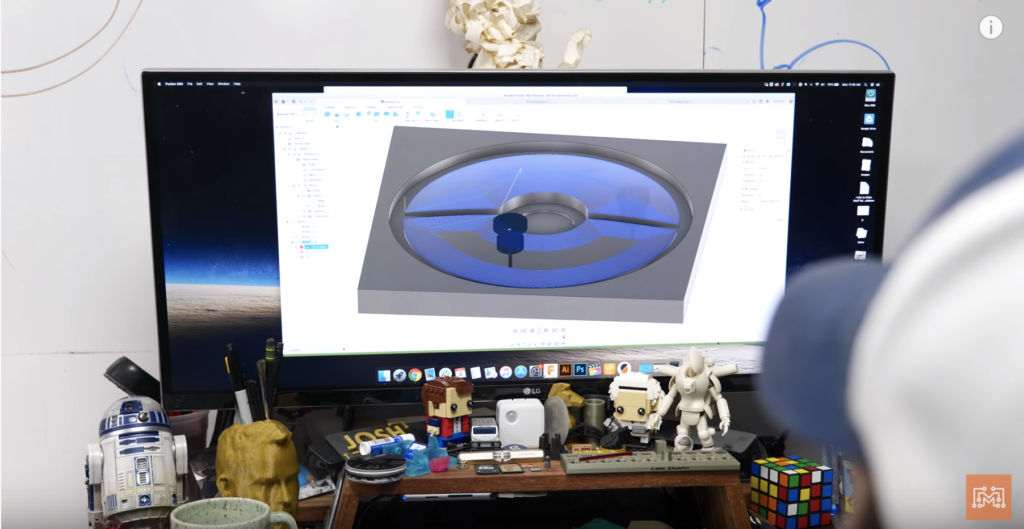 MDF is a porous material that absorbs water pretty bad. Once we finish the 3d relief carve, I plan on coating the mold with a few layer os varnish and mold release so that the concrete doesn’t stick. We stacked up a few layer of 3/4″ MDF and loaded the cut path into the CNC software. Using a 1/4″ round nose CNC bit, we began the adaptive clearing path. Six hours later, the mold was complete. 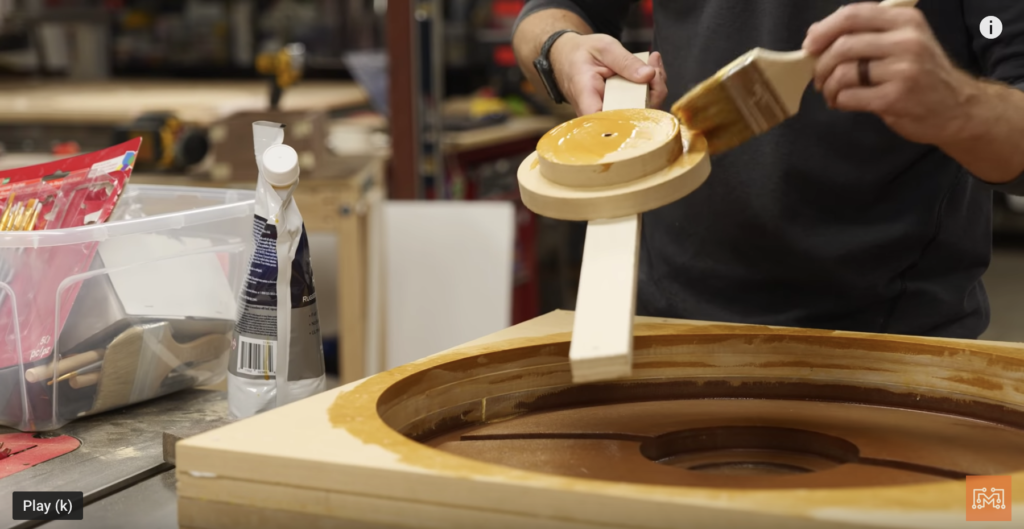 For this birdbath, because we wanted the top to be smooth, I chose to use mortar mix instead of standard concrete. Concrete typically has larger pieces of aggregate and pebbles which may not fill in all of the areas of our poke-mold (see what I did there). Now that the mold is finished and sealed, we can pour in the mortar. The mold cut on the CNC will give us the top of the birdbath that holds water, but the bottom will be flat. In order to fit over the existing pedestal that was found in my yard, I had to add a plug to the curing bottom that would act as the pedestal.

The plug was made out the same MDF as the mold, stacked together, and sealed. The plug had to be set directly in the center of the mold, so before we poured the mortar, I cut a scrap piece of plywood to hold the plug in place. I centered the plug on the plywood and glued it together. Once the mortar was poured, Josh and I screwed do the plug, pressing into the bottom of the curing birdbath. 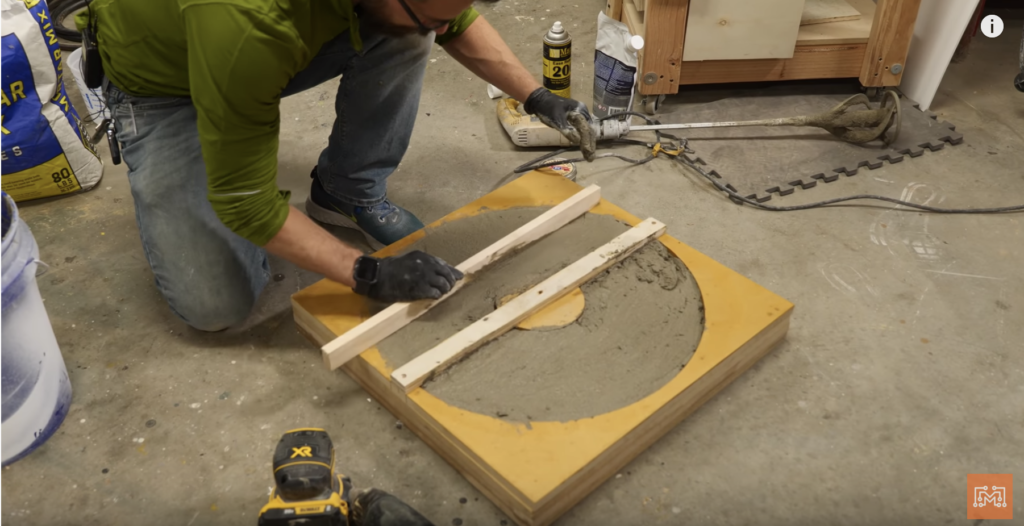 After a few days, I cut the birdbath out of the MDF mold. As I pried it out of the casing, some small pieces started chipping off. I’m not experienced enough to understand why it was happening, but I kept all of the pieces. I was really surprised how well the mold and the sealant worked. Overall, it was a success, but I did have to deal with the small broken pieces. To reattach them to the birdbath, I used a construction adhesive specifically made for masonry. The grey adhesive matched the color of the mortar pretty well, so the fix wasn’t very obvious. 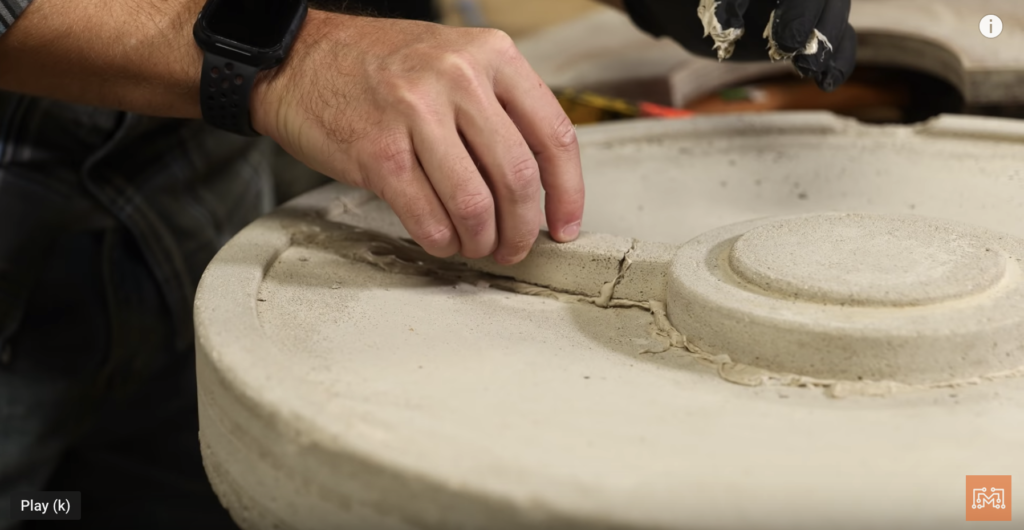 Because the porous nature of concrete, it has to be sealed from moisture, specifically the standing water of a birdbath. I used a concrete sealer from Lowe’s and painted the milky mixture on with a brush. After a few coats, I tested the bath with some water and noticed some tiny dark holes. I assumed these were some tiny holes in the sealant, so I dried out the basins and reapplied a few more coats of sealant. 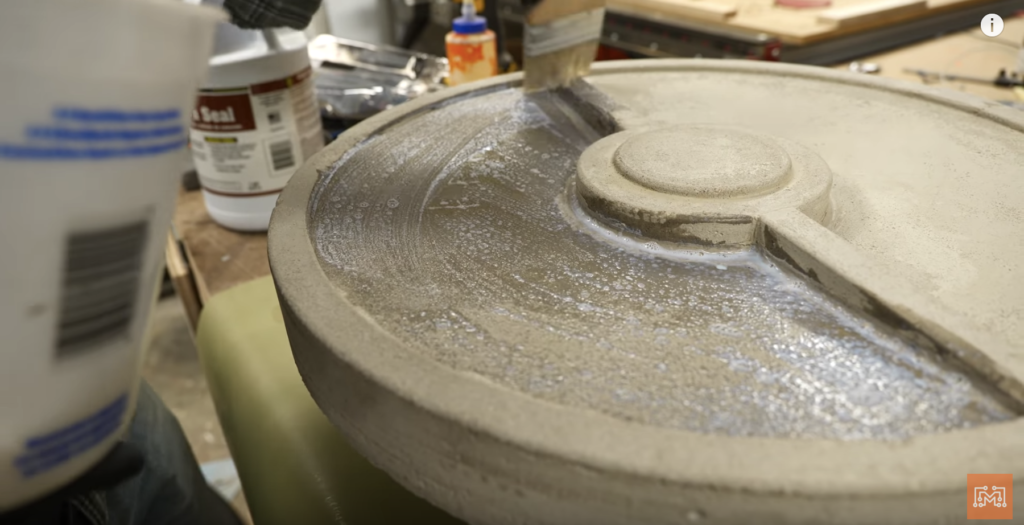 Now that the basin is sealed and completed, it is time to mount it to the existing pedestal. This pedestal was my grandfather’s that was left in the yard when we moved in. It is weathered and covered in multiple colors of paint. Instead of the red, white, and black color standard to Pokemon, I wanted to tone down the colors. I chose to paint the pedestal a flat black enamel paint, so draw the eye to the decorative basin. Using the same construction adhesive, I mounted the basin to the pedestal and placed it in the yard. 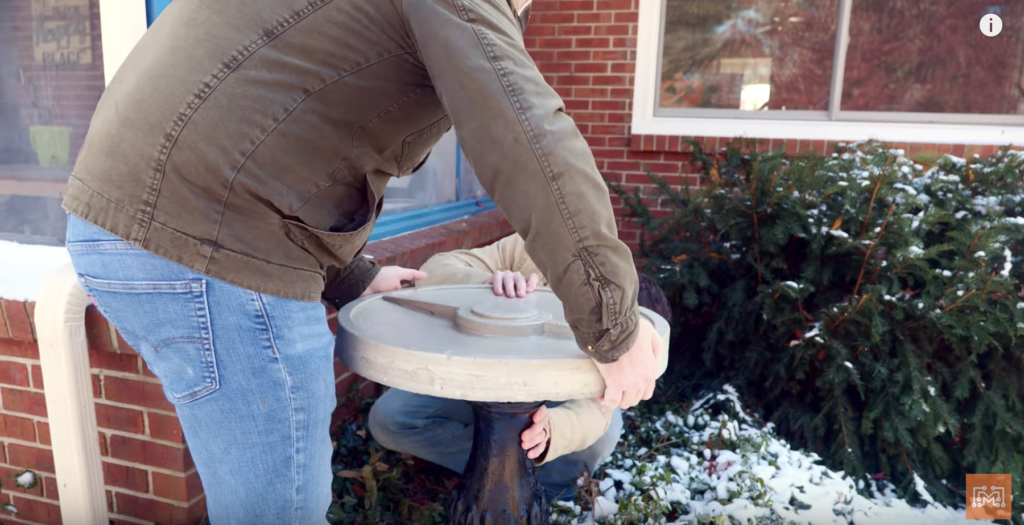 A Whole Bag of Skills

As we do here at I Like to Make Stuff, we take a simple idea and make it more complex. I knew that I wanted a new birdbath for the pedestal, and my son recommended a Pokeball. It pushed our skills to blend those two ideas; using a new material and cutting a mold using a new cutting method. It is fun to push our comfort a little and jump into a skill that you may have been intimidated by. I hope that this project inspired you to take a step into a new material or process. 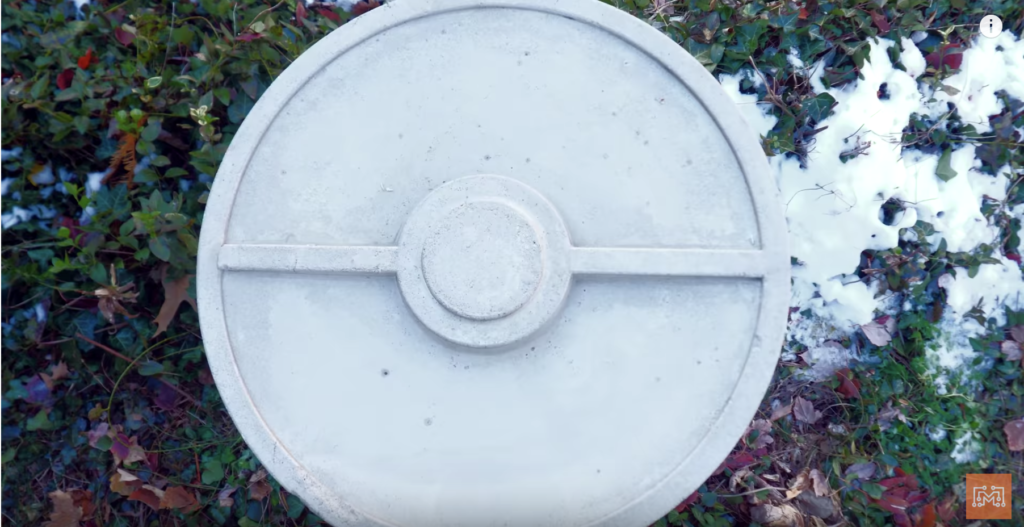