Gallery Walls: Easier Than You Think

We’ve made a lot of cool stuff here – let’s build a huge gallery wall and hang it all up!

Over the years I’ve made a lot of cool stuff and often it just ends up hanging out around my shop. With our office space now, I want to have them nearby and looking really cool. This week I built a huge gallery wall out of floating box shelves to hold all of the cool stuff I enjoy.

Since being in our new office space we have built our gaming table that we use for meetings, we made the Star Wars inspired sliding wall, and the giant secret arcade. I started off by measuring the huge wall in our conference room – I also needed to find the center of the wall along with the general eye level point I wanted to have. Then I measured all the items that I want displayed on the gallery wall. Not only did I need to measure the width and height but also the depth to know how deep the boxes needed to be. 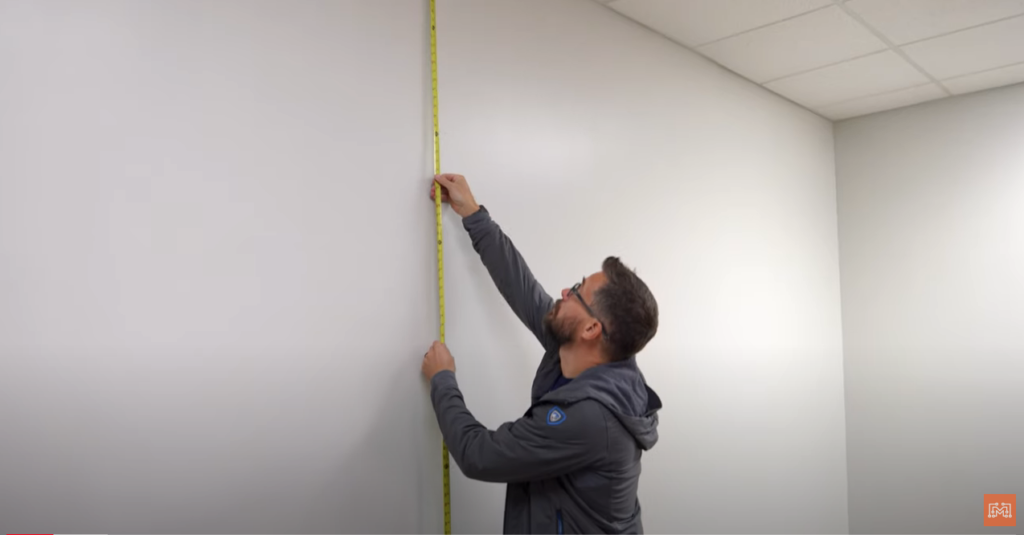 After measuring, I needed to layout the design of the gallery wall. There are several different ways you can do this. You can use graph paper – like I did from here – and draw out each box then cut them out to lay out on your workbench. You can also go into Fusion 360 – learn how here – and build out the 3D model of each box. This time, I’m going to go into Illustrator and make boxes that reflect the measured sizes to print off and create the design layout. I worked in inches and put them in Illustrator as millimeters.

Now that we have designed a layout, we cut out craft paper and taped them on the wall.  You see this method used a lot for designing gallery walls to get a good feel for how it your paper layout will be reflected on the wall. 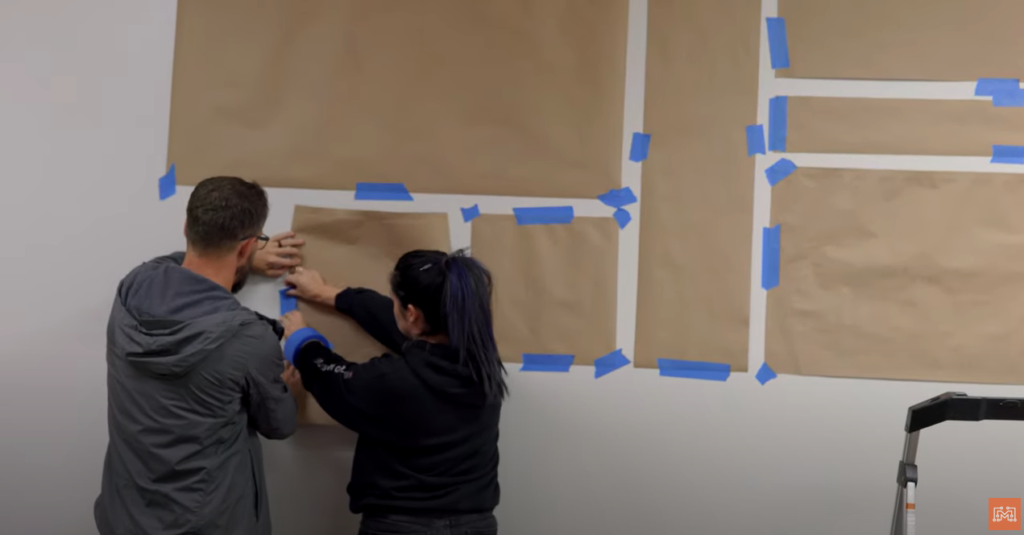 I ripped 3/4 inch plywood on my table saw and cut them down to size on the miter saw – you can also use a circular saw for these, too. Once I had them cut, I had to decide how I was going to make these boxes. Ultimately, I landed on using a butt joint since I will be adding edge banding and I want to make sure they’re as sturdy as possible for holding stuff. Each edge had wood glue on and then drove in some brad nails to lock the sides in place. Amazon had some corner clamps that helped to force the corners into 90 degrees while the glue dried.

Later, I added a back to the boxes that made the boxes even stronger. The back panels were cut out of 1/2 inch plywood so that it would be a little lighter than the 3/4 inch on the outside. I drove pocket holes into the sides to hold that panel in place. Meighan painted the back panels Carbon Copy by Behr so that the items in the boxes would pop with the gallery wall.

To hang the boxes on the gallery wall, we used French cleats made from off cuts from the plywood used to build the boxes. First, you’ll want to set your table saw at a 45 degree angle to rip the off cut down. Then I used the miter saw to cut them down to the right length for each box.

Please note – it’s not safe to do this with a circular saw so you can buy metal French cleats, off Amazon. You could also drive screws straight through the back panel into studs, or add key hole hangers to the back.

To put the back panels on the boxes, I used some scrap wood as spacers to keep the panel from falling into the box while I attached it with the pocket holes. I wanted to make sure it was actually in place 3/4 of an inch because the cleat needs to fit in that space. I used wood glue and brad nails to keep it in place. 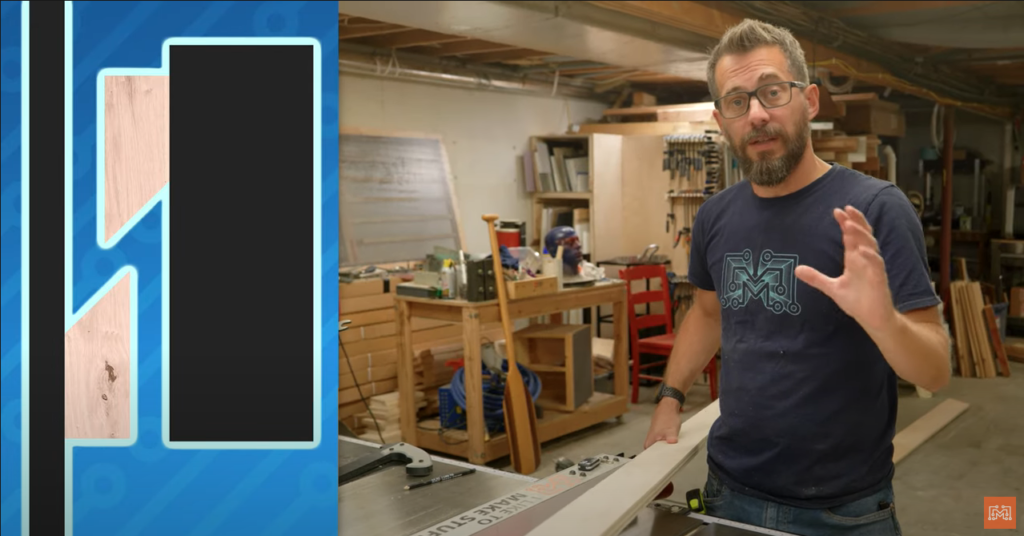 First, we need to find and mark the studs using a stud finder. When we can’t drive into a stud, we’ll use metal drywall anchors. Once finding the studs, I held up the cleat that would be on the wall and marked where those studs are. Then I pre-drilled 16 on center to drill into the wall. I used a 2 inch spacer around the boxes to make sure they were all spaced out correctly. 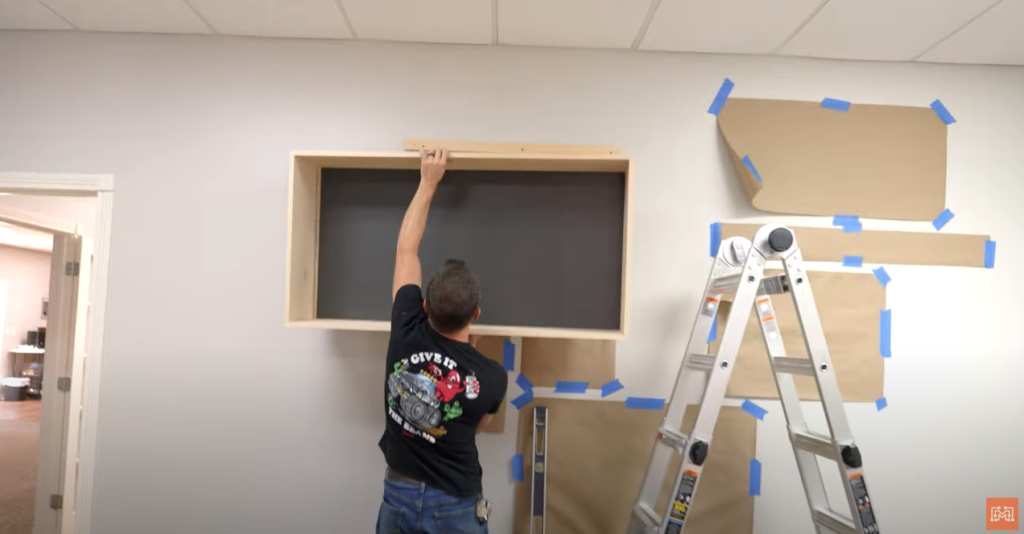 When the boxes were hung, I was able to finally add all the fun stuff we’ve made into the boxes. This gallery wall turned out exactly how I had envisioned. I left extra space on the wall to add more boxes later on as I make more stuff. If you make something like this, let me know! 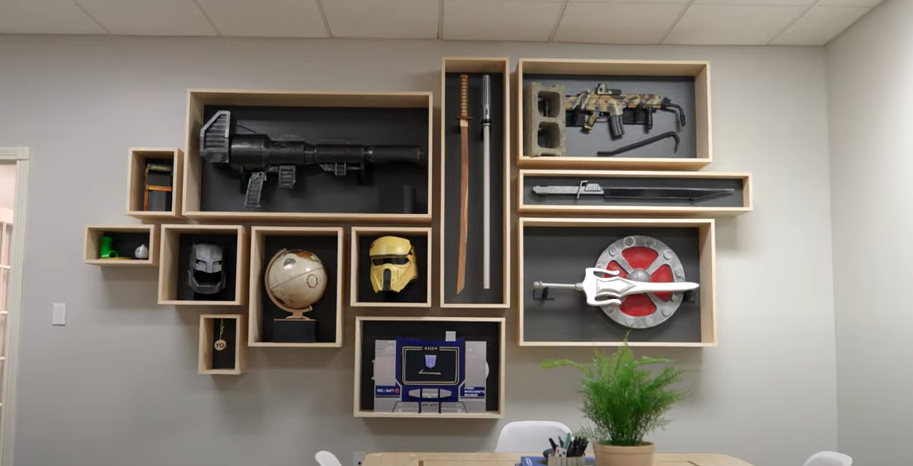