Floating Shelves You Can Stand On

I literally STOOD on a floating shelf that was hanging on my wall. I also had to learn some lessons along the way.

Recently I installed a super fun backsplash in my kitchen and now it’s time to wrap this project up. I wanted to install floating shelves to make the space feel complete – how strong should they be? I decided to make them where I could stand on them.

I chose some pieces of cherry, milled them and glued them together for a nice and solid shelf. Once they were glued, I needed to take them through the planer to help make them nice and smooth and level. Unfortunately, the belt melted mid planing. Does this cause a problem – kind of, but I kept going. 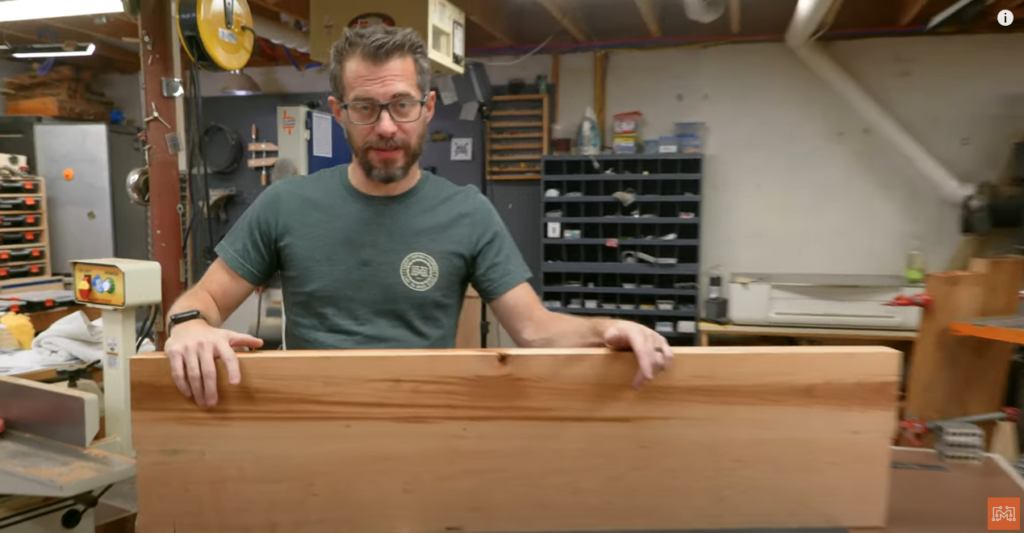 The most important part of this project is how the shelf is going to be attached to the wall and hold the weight of a grown adult man – AKA me. I took steel bars and welded them through a long steel plate. By doing this method it allowed the bars to go through both the shelf AND studs in the wall.

First, I needed to measure out where the studs are on the wall to know where to put the steel bars through the plate. Once those were measured and marked, I cut the steel bars down to the length each needed to be to hold both the shelf and adhere in the wall. To put holes in the metal plate you start with a small hole and once you have that pilot hole, you use a step bit to make the hole the right size for the steel bar.

Before welding the bracketI needed to make sure the bars were perfectly squared in the holes otherwise they won’t be going into the wall level – which proved to be a huge problem later. I used some magnets to square up the bars to the plate while I welded them in place. 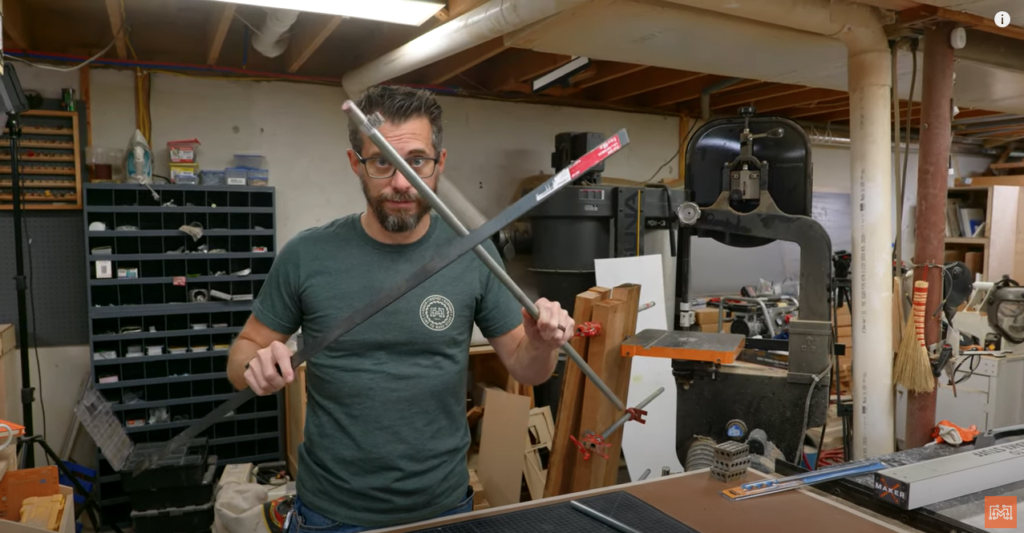 Moving on to the wall, I had to figure out exactly where the center of each stud was to hang the shelf. From there I had to drill a 5/8 hole to match the steel bars. Using a shorter bit, I decided to *try* and keep a steady hand to keep it level through the stud. I was able to get the steel in the wall and then I was able to mark on the cherry where the steel rods would go into the shelf to hold it.

To drill holes in the sides of the milled shelf I used a super long 5/8 bit. Was it loud? Yes. Did it get smoky? Also yes. Ear protection is a must. Back in the kitchen I worked on getting the shelf onto the steel bars on the wall. This is where it all got crazy. 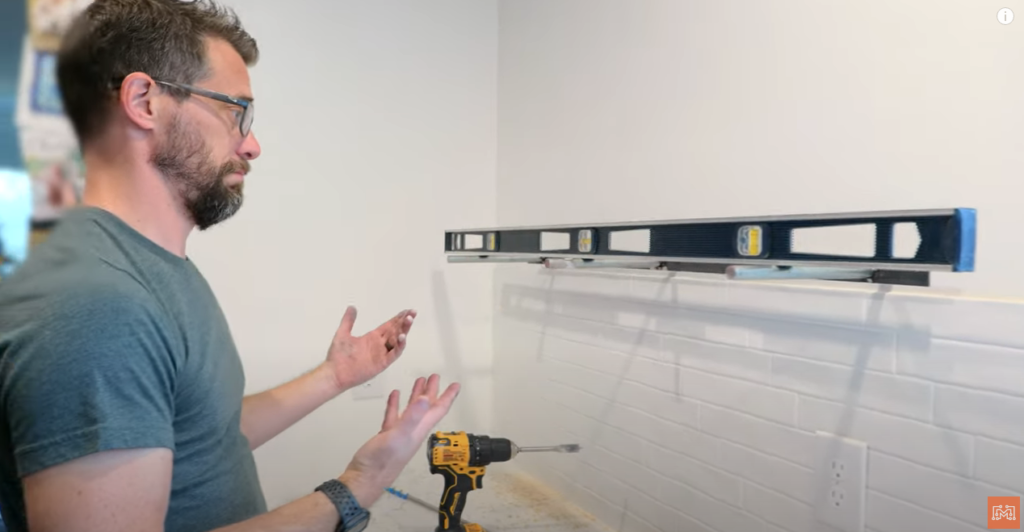 Something was very very wrong. At this point I realized I had over-designed things just to make sure it was strong enough to hold me. I took a step back, evaluated where I was, and began again.

Sometimes with projects, or honestly even in life, we need to take a step back and breathe. Take note of what we know we did wrong and figure out how to move forward. Sometimes we have to begin all over again even if we don’t want to. 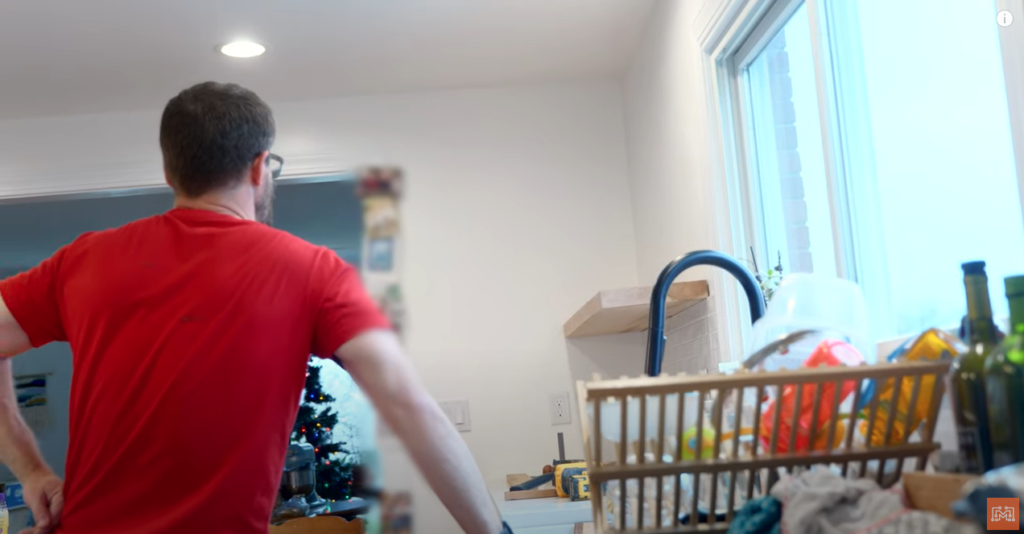 When the belt on the planer melted, I should have stopped and waiting for the new belt to be delivered before proceeding. Even though the shelf LOOKED flat, it wasn’t. With a replaced belt, I was able to mill the shelf down exactly how it should be.

The next problem to be solved was the steel beams going into the studs. This time around the beams had to be completely coplaner – no wobble at all. Not only did I make sure the holes were very level this time, I also removed one beam – instead of having 3, I made just 2. 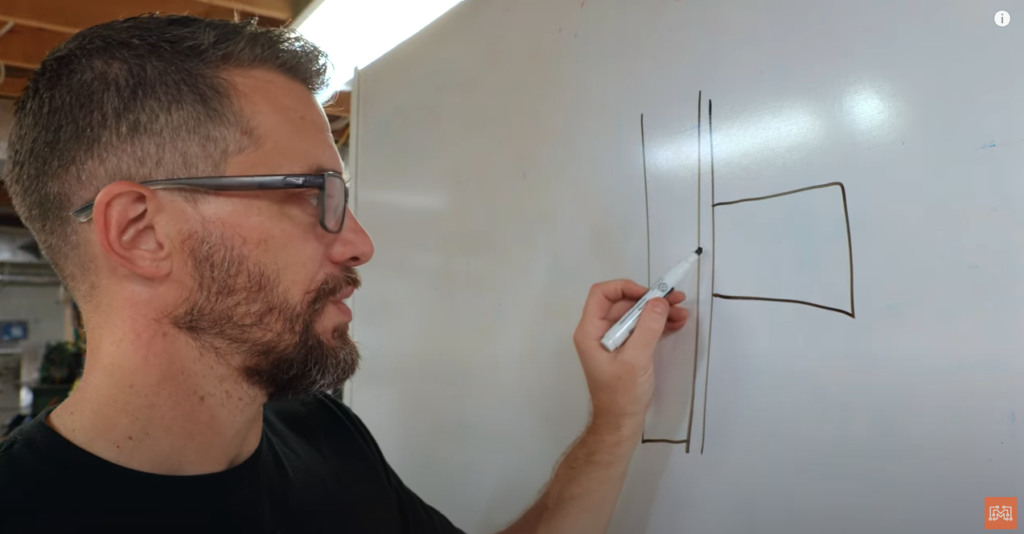 To do all of this the right way I used a Rockler drill guide to make sure the holes in the shelf were perfect. It’s kind of like having a drill press you can put a hand drill in and it was exactly what I needed to use the whole time.

The second time around was incredibly easy and honesty just how easy it could have been the whole time. The beams and the shelf fit together and went into the wall so much easier. AND I COULD STAND ON IT AND IT HELD ME! Goal accomplished. Using the same technique I was able to knock out the second shelf much quicker than the first.

Is there a reason to havea shelf that you can sit on? I definitely learned a lot from this project and I’m very happy to have another kitchen project complete! 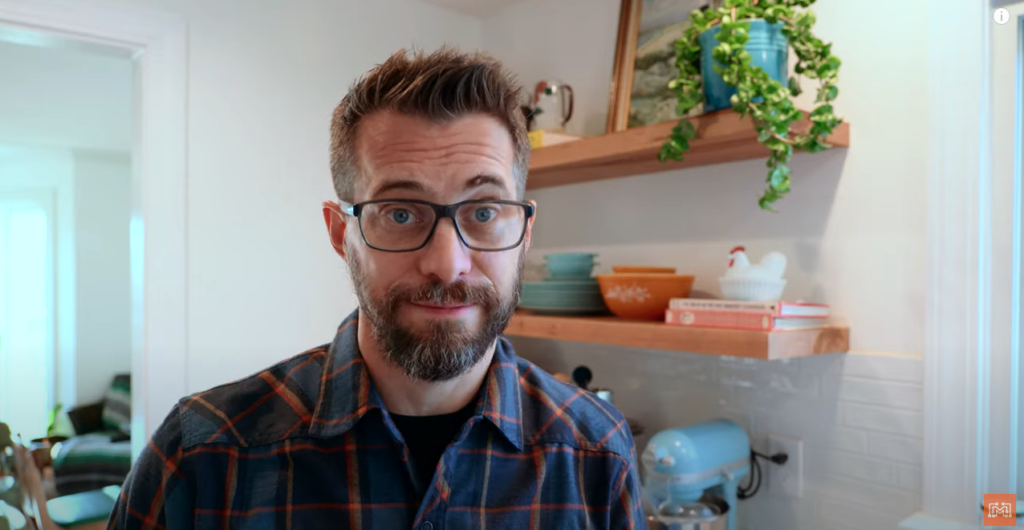