I prototyped a LEGO Brick Sorter out of plywood, laser-cut acrylic, and some 3d printed parts. This will be a part of a larger LEGO table I’m building in the future, but this mechanism is so cool, come check it out!

The idea behind a LEGO brick sorter is that it works like a multi-tiered colander. Each level of the colander have smaller and smaller opening so progressively smaller pieces fall through. LEGO has a sorter, but it is quite large and doesn’t easily integrate with a LEGO table that I am planning on building. So, for this project, I will be prototyping a box with sorting grates to separate the bricks, but it will also allow me to drop them into bins.

I started the grate design be measuring some average brick sizes and determined how large the sorting holes needed to be. Using Illustrator, I arranged them into a grid on three plates. Then I used the Glowforge laser cutter to cut the designs into some draft board for prototyping. 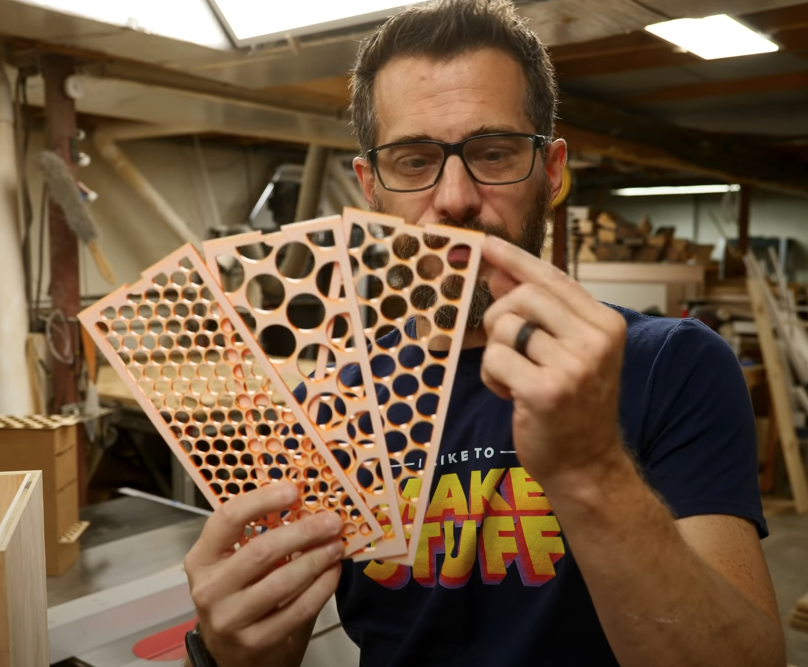 In order to make the sorting grates drop their bricks into a bin, they had to pivot along the long axis. I designed some axels and knobs using Fusion 360 and printed them out on the Prusa I3 MK3s 3d printer. Designing these part was really easy and 3d printing the custom parts was super simple. If you want to learn how to use Fusion 360 to make your ideas come to life, check out our online course at www.fusion360formakers.com. 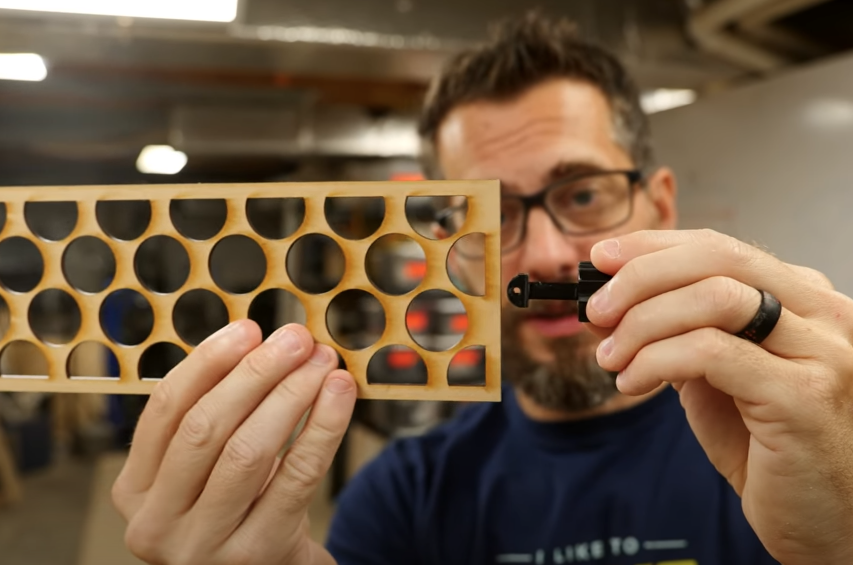 Now that I have the sorting grates cut out of cool orange acrylic, and the pivot mechanism printed out, it was time to make a housing for the DIY Lego Brick Sorter. I used some scrap plywood to make a rectangular, three-sided box with a narrow opening at the bottom. This way, the sorter can be mounted to the side of a new LEGO table, brick swept into the top and eventually fall out the bottom. Instead of covering the entire mechanism with wood, I chose to leave the front of the DIY Lego Brick Sorter open so I can see it work. So, I covered this opening with clear plexiglass to keep the brick in place while watching the cool process. 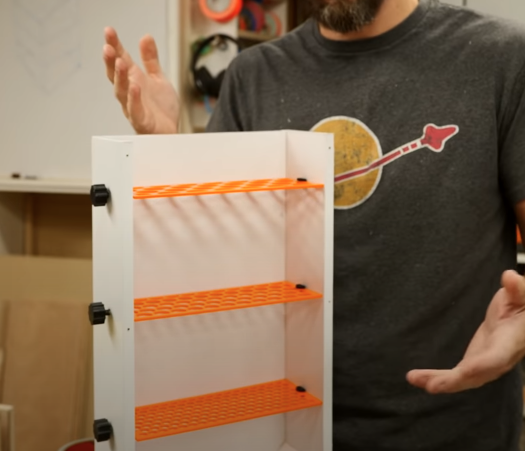 I am pretty happy with the DIY Lego Brick Sorter, but I think it needs to be bigger. There are other that have made brick sorters just like the one available from LEGO. Those have a larger surface area on each sorting grate. I think this is the right move if you want to divide a lot of bricks at once. This smaller sorter will be mounted on the side of a new LEGO table, so I’m happy with the smaller footprint. If you are looking for LEGO organization tips and ideas, then stay tuned, we are planning on making plans for the new LEGO table. We also have digital plans for our original LEGO table here. 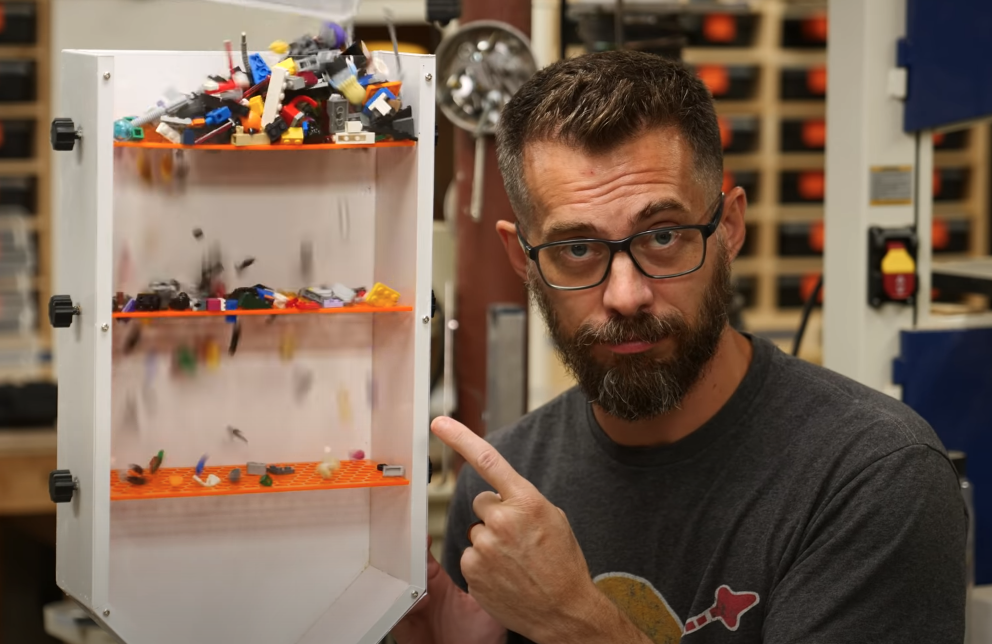