Can I Recreate the Original Star Wars Lightsaber?

I love the lightsaber Obi-Wan gives Luke. Can I take a vintage Graflex flash handle and make it the same way they did for the original movies?

I’ve been planning this build for a while and I was too excited to get started. Part of our trip to California was spent with Frank Ippolito at his prop shop. Frank has made so many props – including lightsabers – that you would recognize in the Star Wars franchise so it was only fitting for me to learn from the man himself.

1. Prep Work with the Graflex

Before I headed out to Franks, I got my hands on a vintage piece of hardware that was used to make the original lightsabers – a Graflex flash handle. By removing the top dome, you see that it’s noticeably the beginnings of Luke’s lightsaber hilt from Empire Strikes Back. Continuing my research I found an entire PDF that has all the breakdowns of Luke’s lightsaber from the different films to make mine as screen accurate as possible. 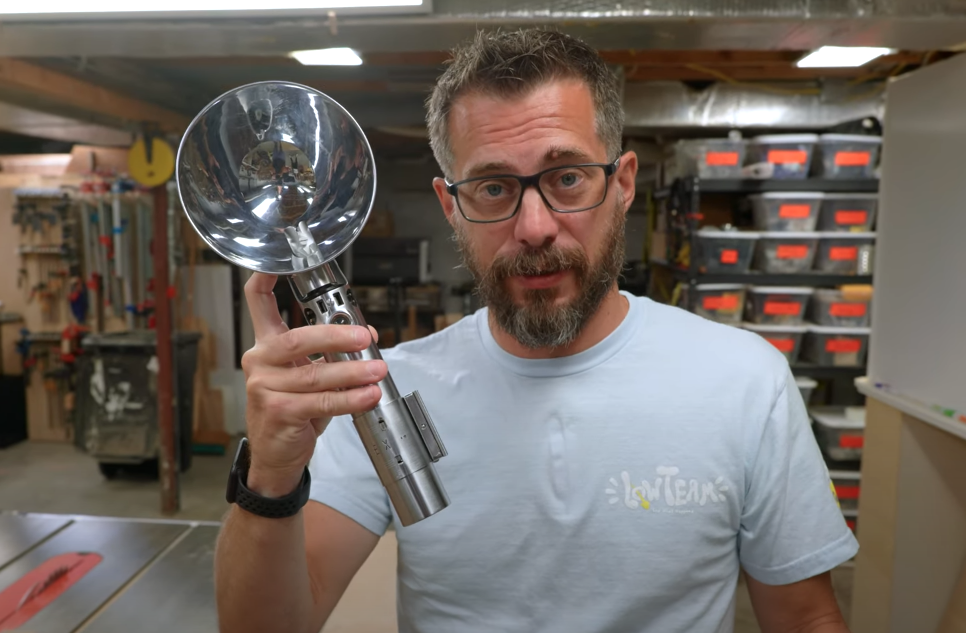 Now to go to California.

First, Frank spent time showing me how he turns the beginnings of lightsaber handle on the metal lathe. If you want to see the full explanation from Frank, hop over to iltms.com/join to join the Maker Alliance and see the additional footage. At this point we needed to head back to my shop to research the most screen accurate way to create Luke’s lightsaber. 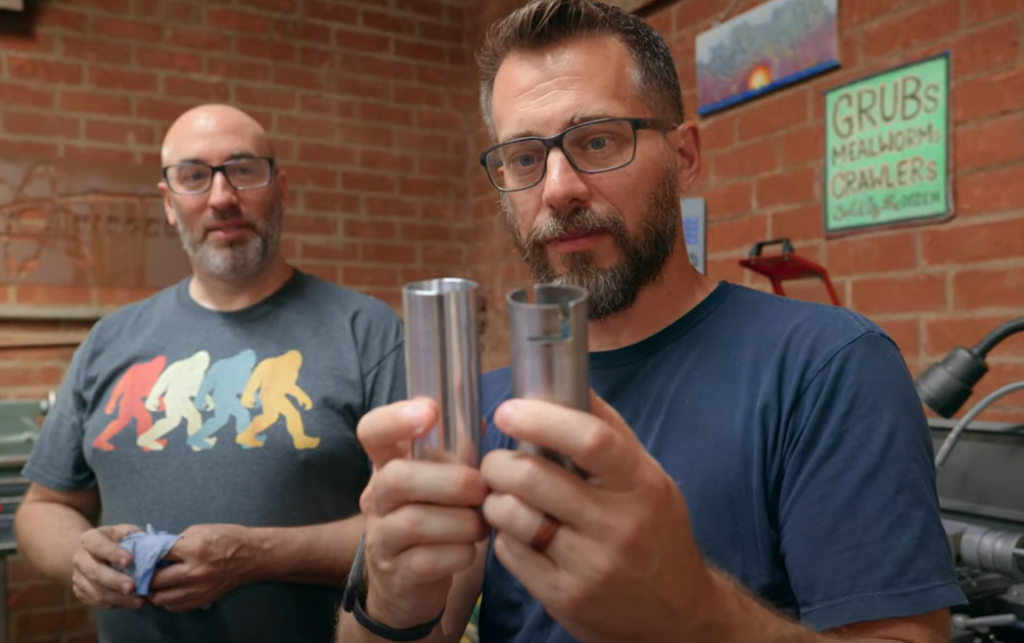 Back at home, I started at the Bridgeport to cut in the slots for the bottom piece of the lightsaber so it will fit in the Graflex handle. To do this, I bought a dividing head lathe chuck – it allowed me to mill and then rotate the piece while I’m cutting then flip it 180 degrees and do the same thing to the opposite side. I didn’t totally know how to do it but it was a perfect fit. 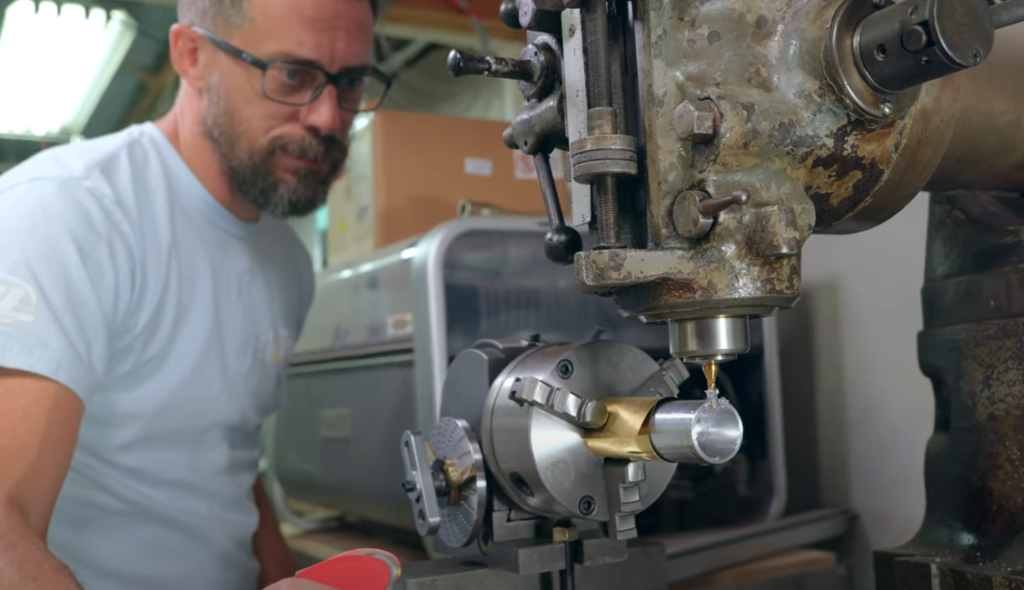 I needed to drill 6 small holes to attach the grips. Once those were completed, I added thread to the holes to tap them to drive in the little screws. At this point, I had the same fear – if I screw this up I’ll have to start over.

Once the machining was completed, I went into Fusion 360 to design the grips for the lightsaber handle. If you want to learn how I used Fusion 360 – check out fusion360formakers.com. I 3D printed all 6 grips so that I could have them all molded at the same time. I sprayed mold release on the forms in order to allow the silicon to removed itself from the resin prints. Then I poured the tin based silicone to cast the mold. 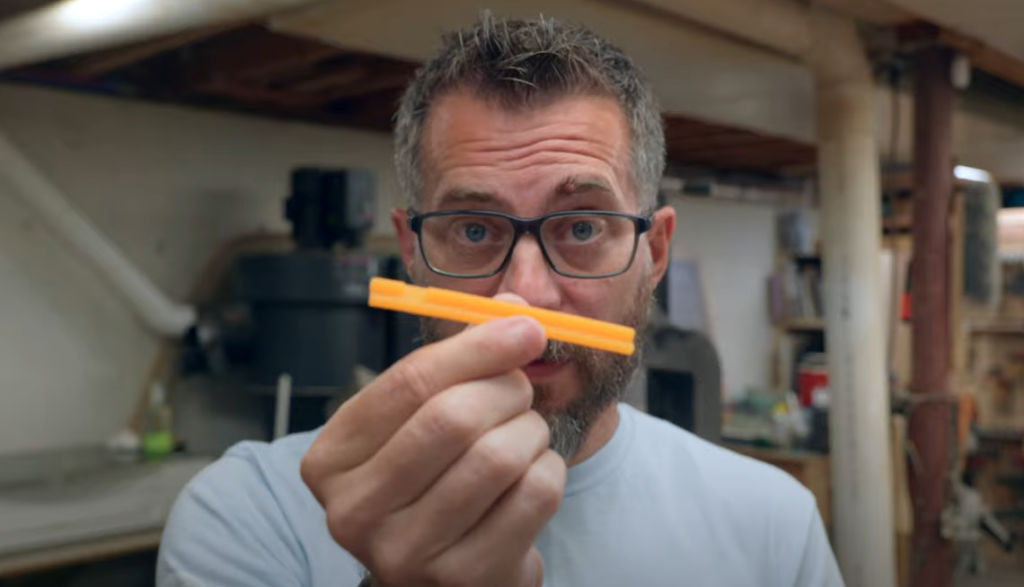 In that mold I poured Task 14 – a casting resin. I chose this one because when it sets, it will be semi rigid which is what we want for grips. When prepping this resin, you have to measure it by weight to make sure it’s accurate. Next, I poured the resin into the mold and let it set up. 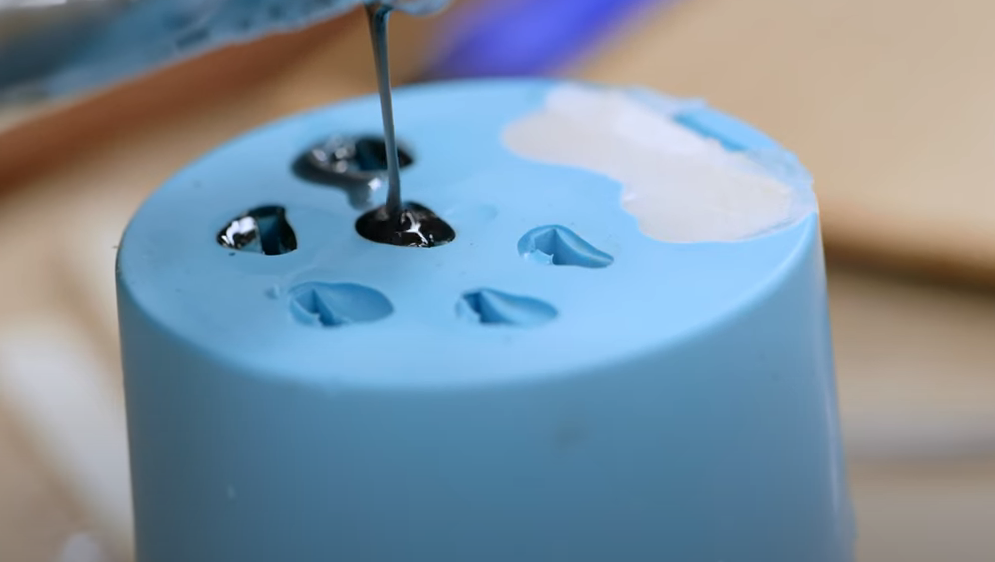 While the molds set, I began working on the circuit board that’s on the side of the lightsaber in a slot. I went back to the PDF I found during research and used that circuit board pattern in Illustrator. I printed it out onto some vinyl and attached that to a copper plate. To etch it, the circuit board sat in a bath of ferric chloride for about 5 minutes then I removed the vinyl and it fit right into place. 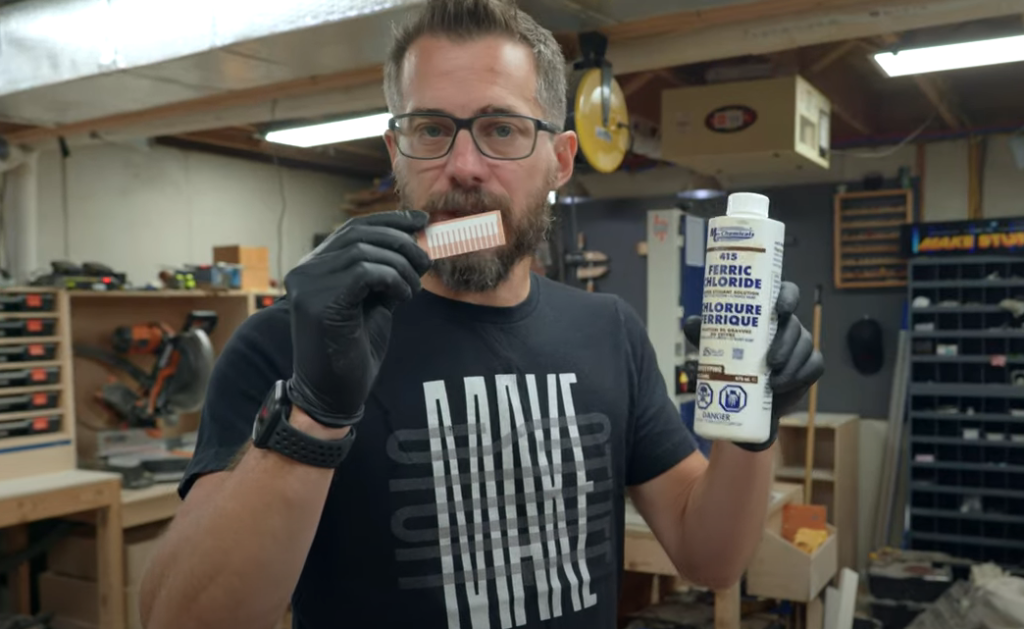 I want to make this lightsaber screen accurate which means – details. So, I went back to the Bridgeport to make the piece that is on the bottom of the handle. It has a “D” ring on it which allows Luke to attach the lightsaber to his belt. First, I cut out the scoops then I cut the step that is shown on the bottom. Next I added holes into each side for the “D” ring to fit into. 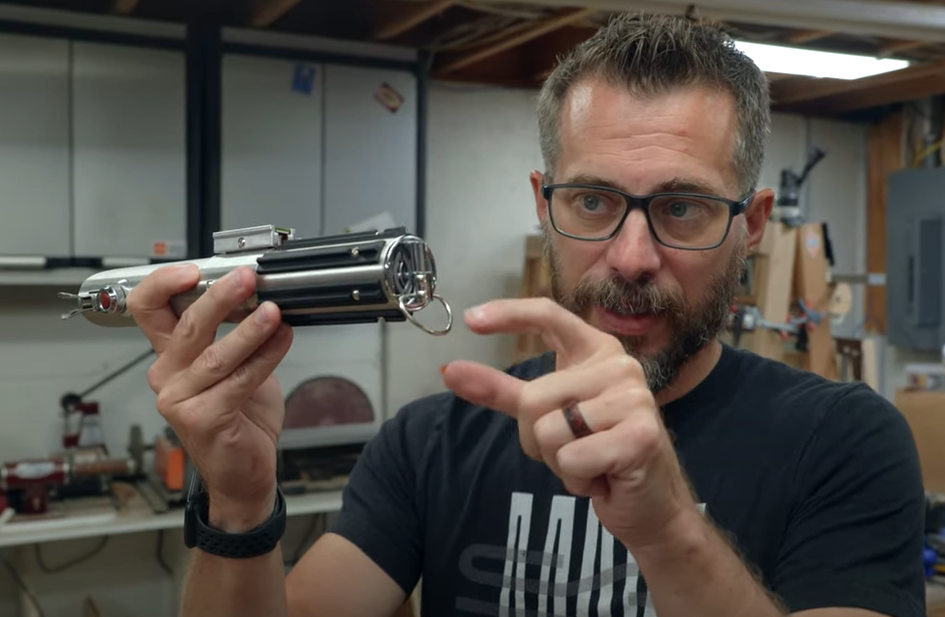 After attaching the hook to the bottom of the handle, the grips were ready to be removed from the mold and attached to the lightsaber handle. I trimmed them down to the right size, added glue for security, and attached the grips. Now – the reveal. 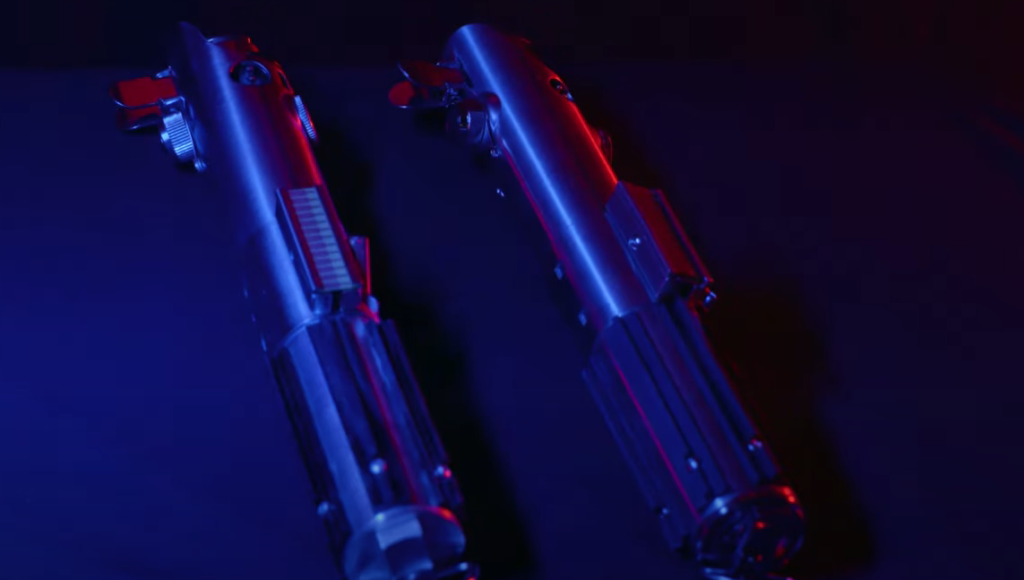 Do you think I made Luke’s Lightsaber screen accurate for Empire Strikes Back? I think it turned out exactly like I wanted. What do you think?